Who Was The One That Got Away? 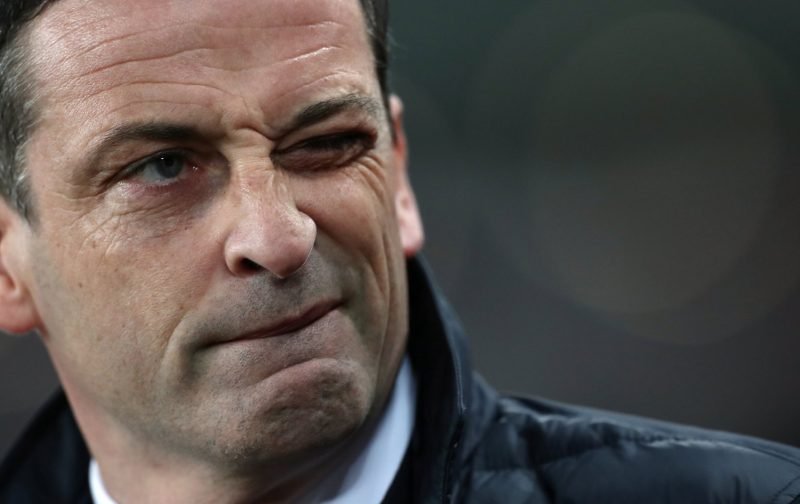 Assuming Town go down, and they are 20/1 to avoid the drop, then our thoughts must focus on who we might fear in Division One? A lot depends I suppose on who misses out on promotion this season, and which clubs are making rapid progress in the other direction, in what is proving to be another very competitive competition, and of course we will have to keep a close eye on the teams that go down with us, which at the moment looks like Bolton, Reading, or Rotherham.

Luton look nailed on to go up to the Championship which is just as well, as they are averaging two goals a game and have a healthy six-point lead at the top of the table. Barnsley too, are in a strong position for an automatic promotion push, and a return from whence they came has become quite a regular occurrence of late for the Yorkshire outfit.

But it is the clubs that are making slow but steady progress that might worry us next season. Coventry City graced the Premier League from its inception in 1992 and spent 34 consecutive seasons in the English top flight prior to its relegation in 2001. I remember a good friend of mine who is a Sky Blues supporter telling me at the time that it was no big deal losing their place in the elite league. ” We’ll be back next year. You just watch mate,” he proudly boasted. It seems a lifetime ago now though doesn’t it Phil so we too must be careful what we wish for.

Doncaster Rovers may also miss out on a play-off place this season, but their FA Cup exploits have proved that on their day they are a match for anyone – although 38-year-old veteran midfielder James Coppinger might not be with them next term if he finally decided to hang up his boots. I recall Ipswich being interested in the player in the days of Paul Jewell but nothing much came of it sadly.

Other clubs who could still be locking horns with us next season are both Portsmouth and mighty Sunderland and former Blue Grant Leadbitter is back with them after a ten-year absence. Being a local lad, it is nice if he ends his career with the club he has supported since he was a child.

Their manager is Jack Ross by the way. He could and perhaps should have been ours but our owner Marcus Evans dillied and dallied until all the best managerial talent looked elsewhere. He has already stamped his authority on the way they play, and the fact that he is still there speaks volumes for the faith the supporters have in him.  They are currently in fourth and in those play-off places. Perhaps for a club of its size, he is still expected to take them up this season.  Amazingly too, Sunderland holds the seventh largest attendance figure ever recorded for a game of football in England. It was a long time ago though, way back in 1933 when 75,118 saw them face Derby County in a sixth round FA Cup replay in the days when standing was almost compulsory!

So then looking ahead – which I guess is really looking behind, we will discover a whole new world as we stare into the football abyss – desperately hoping that after so many barren years, we might actually have something to look forward to. It is a bit like climbing to a great height. The trick is not to look down.