We Already Have The Striker We Need 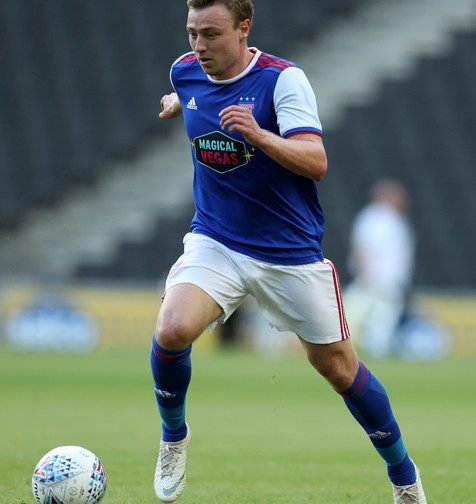 There is much talk at the moment of manager Paul Lambert’s urgent need of a proven striker, but the truth is, he is already in our squad! Before his 10-month absent due to a career-threatening injury, Sears was first choice upfront under Mick McCarthy but was played far too often out of position. I think most connoisseurs of Ipswich Town football club will know that he best position is straight down the middle, running onto balls with pace and yet, bizarrely, has rarely played there, since he signed for Town in 2015 from Colchester United for 100,000 pounds.

I have always liked Freddie and he has proved his worth in the Championship too, where he scored 30 goals in 5 seasons. Let’s not forget he has also scored in the Premier League too with West Ham United at just 16 years of age, in the 1-1 draw with Portsmouth in 2006! He is now 30 years old but we have seen with Jamie Vardy that the older you get does not necessarily mean the slower you get, and if he can stay match fit and get several games under his belt playing off James Norwood, then I still think the best is yet to come! He is largely wasted out on the wing. He has to be played through the middle and if Lambert experiments with this, then I feel sure he will reap the benefits. If he is utilized in the same way as Vardy is played at Leicester, then he could still be a revelation at this level. In many ways, they have similar attributes and at his age, it is not too late.

Now there is nothing wrong with having competition for places – especially in the striking department, and with this in mind, 29-year-old Sam Winnall fits the bill. He scored freely in this division for Scunthorpe and the Barnsley and has now been released by Sheffield Wednesday so is available on a free transfer.

Another striker that the Blues might fancy is Rhys Healy, who scored nine goals for MK Dons when they were promoted from League Two, and then scored another 12 goals during their recent League One campaign in just 20 outings! What might deter Ipswich is that with over two years left on his current contract, the 25-year-old certainly won’t go cheaply.

But the obvious choice, if we are looking to boost our forward-thinking prowess,  is to acquire the services of Bristol Rovers frontman Jonson Clarke-Harris. 24 goals in just 42 League One appearances says it all, as the 26-year-old heads into the final year of his Memorial Stadium contract. The club could be persuaded to sell if the right offer comes along.

If all else fails, then we should not forget about Freddie. If he stays fit and is played in the right position, he can do us massive favours next season. He is what I would describe as an intelligent striker, and his speed of thought and speed of action is something we have not seen enough of in recent years. If he can regain his confidence and his goal threat, then he will be a handful for any defender in League One.

3 Replies to “We Already Have The Striker We Need”