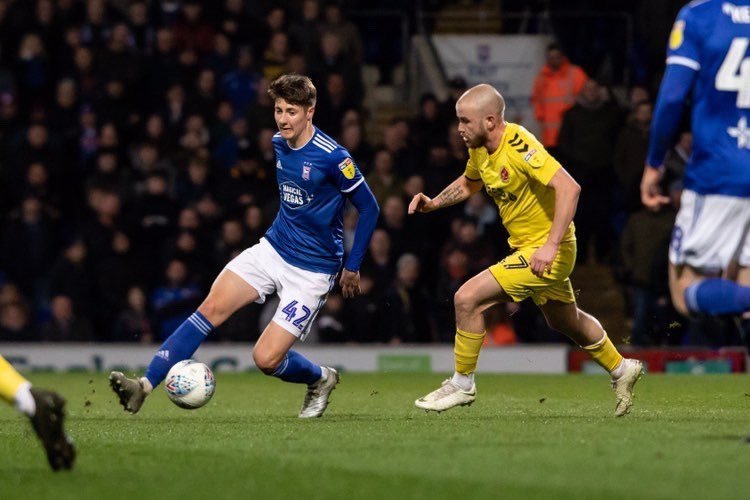 To say that they are just about managing, sums up not only their current form but also the way in which manager Paul Lambert is handling affairs. After two years into the job, and with potentially another four years of this to suffer, Ipswich Town supporters are not in a very happy place.

As I said on the Radio Suffolk phone-in yesterday with Graeme Mac, the way in which they defeated lowly Shrewsbury Town with that last gasp winner, did nothing to convince anyone, that the Blues had finally turned the corner. At best it only paved over the cracks but in the grand scheme of things, this game will be quickly forgotten and when we tot up our points tally at the end of the season we will probably only remember the result.

Town are struggling at the moment of this there is little doubt, and so too is our manager, as he struggles to find not only a winning formula but one that produces entertaining football. He said, before the match against the Shrews that they have to be more clinical in front of goal and take more risks. This message obviously fell on deaf ears because the Tractor Boys did neither. You could, of course, argue there were mitigating circumstances for this performance, even before a ball had been kicked when we discovered that Oliver Hawkins and influential midfielder Gwion Edwards were out through injury.

To make matters even worse, Oliver Norburn’s fourth-minute penalty – which was the first goal conceded at Portman Road this season, meant that we were up against it from the outset. Then Jon Nolan limped off with a groin strain after 22 minutes to be replaced by winning goal scorer Jack Lankester. This was one enforced change that worked in the manager’s favour!

Teddy Bishop also took a series of bad knocks and although he came out for the second half he left the field for good four minutes into it and was replaced by Emyr Huws, who for some strange reason, does not appear to inspire Lambert very much.

The equaliser came when it was beginning to look like they might suffer their first home defeat, and it was another substitute who came to the Blues rescue as Keanan Bennetts cross come shot was diverted into his own net by Ebanks-Landell from close range. It was a lucky break for Town that they hardly deserved and now, at long last, the momentum was with the home side.

Jack Lankester made it two from two with his late winner, but this game will be quickly forgotten and the visitors must feel hard done by because for the most part, they were at least as good as Ipswich for large chunks of this match.

Town will have to perform an awful lot better on Tuesday night against league leaders Hull City if they want to get anything out of their next home fixture. Then they face in-form Charlton Athletic, again at home, next Saturday.

The one bright spot, in an otherwise unmemorable encounter, was the performance of Brett McGavin, who was filling in for the suspended Andre Dozzell. He looked a class act and although he did make a few mistakes, none of them proved costly, and he showed wonderfully deft skills and great vision throughout.

The referee was Tom Robinson from West Sussex.