Yet More Injury Woes To Contend With 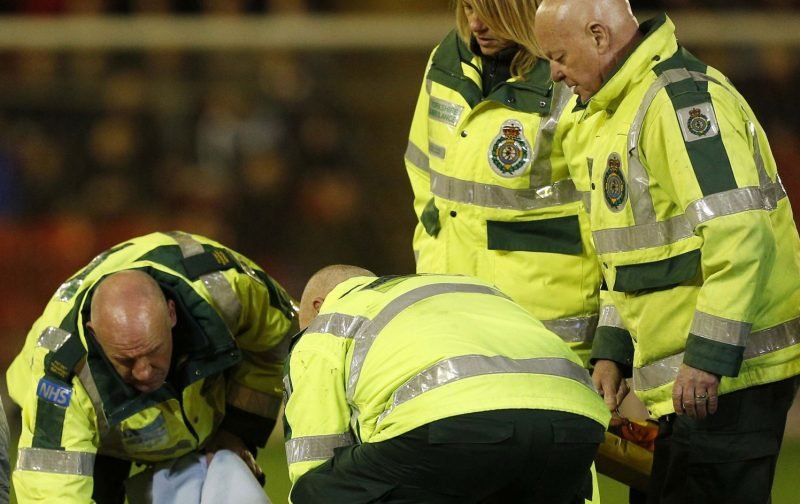 This stop-start season has not helped, and nor has the rather cramped pre-season preparations but is there more to our injury dilemmas that those factors alone? We have suffered more than most over the last few seasons with injuries to key players, which has blighted our progress and indeed our momentum, but is this a just coincidence or something a little more sinister?

As the words from Led Zeppelin’ Stairway to Heaven’ song suggests, ” It makes me wonder.” Could it be that manager Paul Lambert and his coaching staff push players too hard? Is training too rigorous? We are not there to witness it but when I heard that James Norwood scored a wonder goal this afternoon, after just coming back from another knock, it is rather informative.

Jon Nolan said of his super-strike this. “It was absolutely crazy. The ball was whipped in, and he’s done a somersault and back-heeled it into the top corner!” Norwood was frustrated that nobody had their mobiles out at the time and it was not recorded and for posterity. He tweeted later, Scored the best goal I’ve ever scored in training today and it wasn’t filmed…… devastated … You’ll have to take my word for it. The question is, why was he allowed to get away with it when we play at home tomorrow and he is still recovering from another injury? He surely should have been wrapped up in cotton wool. It is doubtful whether he will play or not. We all know that Norwood has an obstreperous disposition, so it is not easy to ascertain whether or not he was doing his own thing again when this happened but doing that kind of thing presents its own risks.

Town manager Paul Lambert forewarned the press corps that two more members of his squad have pulled up today, and will not play any part in the League One fixture with Shrewsbury Town at Portman Road tomorrow afternoon. He did not reveal publicly who they were, but I have heard that it could involve Gwion Edwards and Emyr Huws but we will know more tomorrow when the team sheet is released. He will also have the chance to field 5 substitutes again but given our injury worries, that might be a challenge in itself! Andre Dozzell is out through suspension, and I expect young Brett McGavin to replace him.

Flynn Downes, Cole Skuse and Kane Vincent-Young are making steady progress but they are still some time off from any first-team action. Luke Woolfenden could come back into the side, however, and partner Mark McGuinness in the centre of defence.