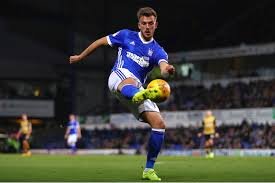 He said it before the Shrewsbury match, and they ignored him. I trust that tomorrow night against Hull City, they will heed his words, and “take more risks and be more clinical.” Manager Paul Lambert will reluctantly admit that he does not get everything right, but he has hit the nail on the head when he suggests his squad must take the bull by the horns.

Lambert explained his thinking when he said,  “The front guys have to take more of a risk, be more clinical because all the good work when we’ve got the ball has to be finished off.” I think few of us would disagree with his football philosophy, but of course, action speaks louder than words.

If any Ipswich players dare to read this, they will know that he is right. We have become very goal-shy and if you don’t shoot you don’t score. Shots on target are becoming increasingly rare. We only had five shots on target in the whole 90 minutes against lowly Shrewsbury, and two of them got us goals! Worst still, Keanan Bennetts equalizer was a bad cross that deflected off a defender into the net. Throughout the match, we hardly looked like scoring, and it is a miracle that we took all three points! A good referee at last, and an awful lot of good furtune, were the main reasons why.

Our wing players are ineffective. We know that Freddie Sears creates very little out on the flanks, and Alan Judge even less. Both are unsuited to playing in these positions. Freddie is an out and out striker in the mould of a Jamie Vardy. Pace and guile are his skills, and not crossing, and in the case of Alan Judge, he spends most of his time running around aimlessly, expending lots of energy on hopeless causes. He seems to get brushed off the ball far too easily as well. If there is a place in the team for him, it would be behind the main strikers in an Eric Gates or Kevin Phillips kind of role. Former Town boss Mick McCarthy once described him as the Messi of the Championship, but that must be hugely insulted to Lionel of Barcelona!

Being more clinical in front of goal is something we must get a lot better at, if we are to claw our way out of this division. Injuries to key players make things more difficult and Lambert cannot be blamed for this. We do, however, have a big squad and this is when we discover its true worth. The fringe players must be able to step up to the plate when called upon, and there are encouraging signs that this is happening. Brett McGavin slotted in beautifully to the position vacated by suspended Andre Dozzell, and Emyr Huws is undoubtedly good enough to hold his place in the midfield too.

It is in attack where we have our biggest concerns. Kayden Jackson still does not look match fit. His ball control is lacking and the only thing that is impressing me at the moment is his natural pace. James Norwood can score wonder goals in training but can he still do it on the big stage? I think he probably can but he does have a tendency to be rather profligate in front of goal. Aaron Drinan looks to be a better support striker than Oliver Hawkins but both are unfit at the moment.

And so onto tomorrow night at Portman Road. We need to get something from this game to sustain momentum. Midfielder Emyr Huws believes that we could. ” You might expect Hull to be more difficult to beat than Shrewsbury, but it’s tricky to say whether or not that will actually be the case. We conceded very early against Shrewsbury, so it was always going to be a tougher game than it might have been.” That is true I suppose, but I think we will find that the Tigers will have a lot more petrol in their tank, and to underestimate the league leaders would be very unwise.