The Secret Is Finally Out 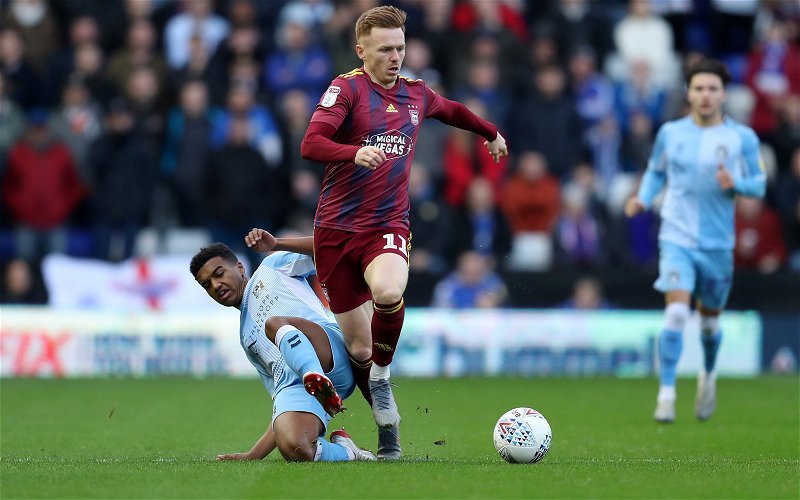 This has been a well-kept secret. It was Paul Hurst who recruited him in 2018; along with another former Blue Toto Nsiala, and now the truth is out. Jon Nolan shuns publicity and feels uncomfortable under the media microscope.

Both Nolan and Nsiala signed for Ipswich on 8 August 2018, for a combined sum of around £2 million and interestingly the pair seemed to have followed each other around since their days of youth in the Everton set-up. Hurst had managed them at Shrewsbury Town and knew exactly what he was getting for a relatively modest fee when he took on the Ipswich job. Sadly for Hurst, he did not get see them reach their full potential in an Ipswich Town shirt but these days, Paul Lambert is taking full advantage of just what the pair can offer at this level.

For all Hurst obvious failings, in the recruitment department, he did rather well.  One win in their first 14 matches in the Championship ensured that he had the unenviable distinction of having the shortest reign of any manager in the club’s history but his legacy lives on.  Let’s not forget that he also recruited Ellis Harrison who excelled at Portsmouth last season, and he was a player we really should have kept hold of too.

Back to Jon Nolan now, and he is probably playing his best football since he arrived at Town, and a lot of this has to do with him staying out of the limelight. According to Town’s assistant manager Stuart Taylor, he plays his best football when he is not disturbed. He does not like being interviewed – even for the official club website, and he feels most at home when he is being left alone.

He apparently enjoys life in  East Anglia as he says it is a far cry from his place of birth in Huyton on Merseyside and solitude and football are the perfect cocktail for the 28-year-old, who in 2014 won an England C cap.

This season Nolan has really found his football feet at the club and he has started all of Ipswich Town’s opening five competitive games, scoring twice and getting Man of the Match in the Blues first encounter against Wigan at Portman Road. I have always admired him as a player who can pick a pass and score goals, and if he has an obvious weakness it is his general tempo but of course, his technical know-how gets him out of trouble more times than not.

Now that the secret is out, he should be a regular fixture in the Town side this season. As Luke Chambers remarked recently, Nolan often goes under the radar when it comes to his natural talents. “For some reason, I don’t think he’s rated as highly as he should be at this club. I think he’s a fantastic player for us with the way he dictates the play. He’s one that deserves a massive amount of credit.”