Town To Ring The Changes Tomorrow 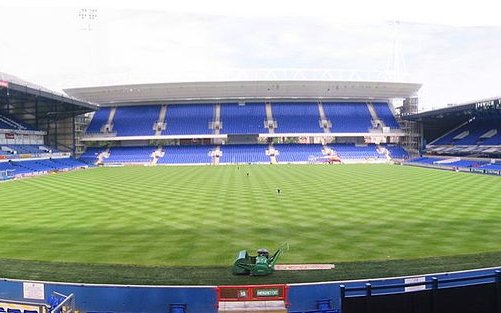 It is very likely that manager Paul Lambert will stick with his winning formula of playing 4-3-3 at Portman Road tomorrow afternoon, but does this mean that he will stick with an unchanged team? Perhaps not, but if he tankers he must do it very carefully.

A lot of injured players are coming back into the frame from injuries and this includes both Kayden Jackson and Alan Judge. The question is, does he rock the boat and ring the changes to something that is ticking over quite nicely?

Ipswich Town host Rochdale for the very first time tomorrow and given our position in the table the very least we should expect is a victory. Easier said than done I hear you say, and you are probably right, but surely fielding a winning team is better than throwing the baby out with the bathwater and there is a real risk that now Lambert is spoilt for choice once more, he may neglect the more recent past and this would be a grave mistake.

Flynn Downes is chomping at the bit to be involved again but would it be wise to include him from the start now that are midfield is functioning so effectively? Yes, Teddy Bishop was uninfluential against Bristol Rovers but against Wigan, he scored and was Man of the Match so would this change by justified? I think not.

Downes has made it clear that he wants away – or at least his agent does, and so he must bide his time to get back into the first-team picture. Lambert said on the subject this, “Flynn has given me a decision for tomorrow with the way he played. But he also knows the guys in front are playing unbelievably well – Bishop, Nolan, Dozzell – Even Emyr Huws, when he’s come on, has done well.” Could this be a clue as to his overall thinking?

Alan Judge can bench warm too as far as I am concerned. He lacks guile going forward and quite frankly, I do not rate him highly. Kayden Jackson is training again but will probably join Judge and Downes on the bench, and there might be a place too for Emyr Huws; along with our latest transfer target, and that is our only ‘cool dude’  Luke Woolfenden.

And finally, our gaffer spelt out his thinking for tomorrow when he said, “The team is playing really, really well – playing some exciting football and winning games. You have to fight to get in! I think the ones not playing at the minute recognise how well the guys are playing.” Enough said I think.