Is Woolfenden About To Leave Us? 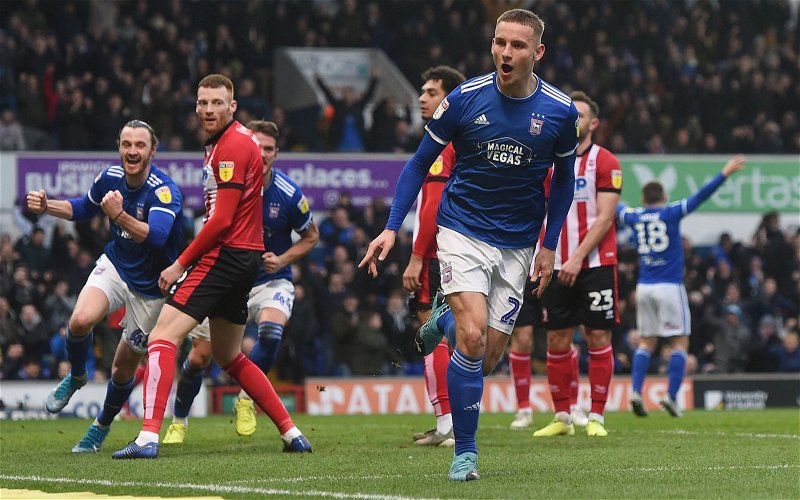 The capture yesterday of Mark McGuinness has raised some serious questions and they all seem to revolve around Town’s regular centre back Luke Woolfenden. More about that later, but firstly, let us take a closer look at our new recruit. The Arsenal under 21 player is a quality signing and there is little doubt that Lambert has acquired a player who is mature beyond his years. On the club website, Lambert said confidently, “I think anybody in the stadium that night would’ve seen that the young lad is a really good player”

Although I was not at Portman Road to witness his display, I did see the whole game on a live stream, and he impressed me immensely. He was the stand-out performer in a Gunners shirt and he is not only an accomplished defender but is a great talker too for a player of his age. In fact, he captained the young Gunners that night. The 19-year-old signed for Blues on a season-long loan deal on Tuesday, and I think he is good enough to go straight into the team; if we were to suffer more injuries to our defence – or face suspensions as the season progresses.

Now we all know that Luke Woolfenden is unavailable at the moment due to a groin problem that he appears to have picked up in training. He has not been sorely missed so far because in our first two League One encounters we have not conceded a goal. That will obviously change once we face some serious opposition, and at the back end of October we face Doncaster Rovers and Lincoln City, and all in the space of four days!

We know that in January Sheffield United were very keen on Woolfenden and that interest has apparently not died and in March, Leeds United were seriously considering making a bid for the talented 21-year-old, who like Flynn Downes has been with Ipswich since he was a kid.

The talk of the town now is that Huddersfield Town from the Championship and Fulham from the Premiership are also sniffing around, and the question is, can the Blues hang on to the player until the transfer window closes on the 5th of October? Owner Marcus Evans would not sell cheaply. That is one lesson he has learned from his 13-year reign at the club and if he goes he will not leave for less that 5 million I have been told.

In an ideal world, we will keep both Woolfenden and McGuinness, and how wonderful it would be to see them both playing in the same team! McGuinness is primarily right footed once again but seems comfortable with his left, and this Irish under 19 international has a very bright future in the game.