Sheeran Says He Has More To Offer 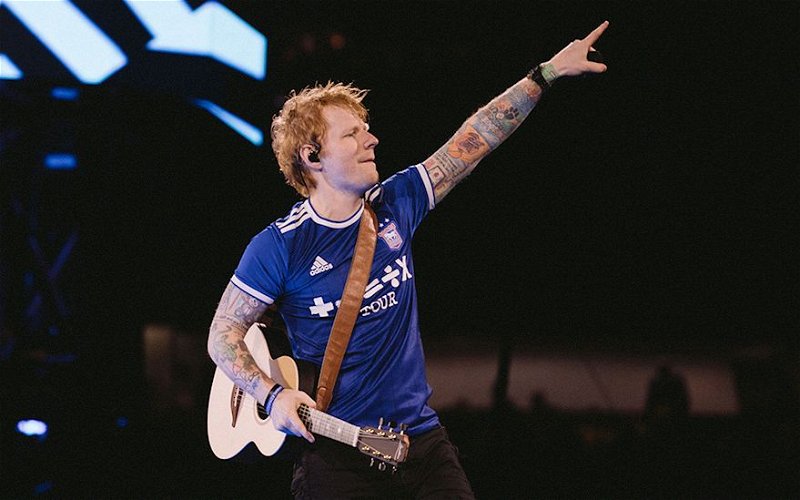 Ed Sheeran has just signed another big sponsorship deal with his home town club, and according to one of his closest mates, he has a lot more to offer yet! It all kicked off last season when Sheeran sponsored the shirts for both the men’s and women’s teams. The singer songwriter’s logo adorned the front of the kit, which advertised his current worldwide concert tour. The club are expected to unveil the new shirts very shortly.

Mark Ashton, our CEO, said it was “fantastic” that he had continued to show his support to the club that he has been loyal to through the good times and the bad. According to his close school chum, ‘ The Professor,’  Covid had a financially detrimental impact on his earnings, as the whole of the music industry suffered massively because gigging is where they earn their bread and butter these days, and not being able to perform live was a huge blow – both financially and mentally.

The Professor says that Ed has much more to offer but he is limited as to what he can do until his world tour is completed on the 12th of March next year, at the Optus Stadium Perth, in Australia. “He told me that he has to recoup a lot of lost revenue, and the only way to do this is by doing this very exhausting but financially rewarding world tour. After that, he will chill out a bit and try to spend more time locally, and develop further his attachment to the club he genuinely adores.”

So, it looks like Ed has more things on the horizon, and he hopes to take in more Portman Road fixtures at the business end of our League One campaign. Seeing him in the stands cheering on the Blues is always inspirational for supporters and players alike, and at least five of the current Town squad are aficionados of his music.  Sheeran commented, “The club and the local community mean a lot to me, and I always try to get back to Portman Road whenever I’m back in Suffolk. See you next season!”