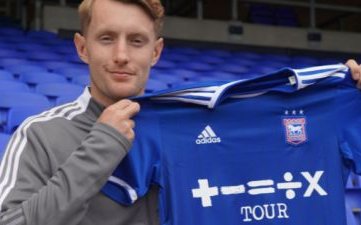 The number one priority for manager Kieran McKenna and CEO Mark Ashton is to improve our attacking options. Yes, it’s nice to have Freddie Ladapo on board, but it is unlikely that he will be anything more than a backup striker, given his goals to games ratio so far. His best spell was probably with Rotherham United, where he managed 34 strikes in 104 appearances, but at 29, he is unlikely to set the world alight!

If Ben Morris could stay free from injury for long enough, I think he could push his way into the first-team picture again, and although he has suffered two crucial ligament injuries already in his career, he is still only 22, and still shows promise. I have always liked the player, and it looks as if our manager has faith in him as well after he signed a new one-year contract extension with the club. Had it not been for some terrible luck with some serious injuries, we would have seen an awful lot more of him by now.

Kayden Jackson is back in the club’s good books after finding his way back into the side under McKenna, but, like Ladapo, he won’t score enough goals over a season to make a big difference. Jackson has scored just 18 goals in 105 appearances for the Blues, and 3 of those were scored at the back end of last season!  At 28, I guess it’s now or never for him. I’ll be honest, I have never been a great fan, but he was unlucky to pick up that injury at the very height of his powers. That was a bit cruel.

I cannot see Joe Pigott sticking around for much longer. He does not seem to be able to fit into the McKenna jigsaw – although he is probably our best striker with his back to goal. I was very hopeful when he signed for Town, but it is a sad truth that some players adapt more easily to different playing styles than others.

So, I think we would all probably accept that we need at least one new striker at the club who knows where the net is and can find it regularly. Who that might be is anybody’s guess, and it is the hardest part of the squad assembly line. They are usually much sought after, and more expensive, and there is no guarantee they will be as good as what it says on the tin. If we are to make promotion next season, then we must hit lucky. Goals win games and we simply do not score enough.