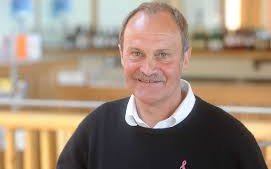 We have been blessed with some excellent captains over the years, and here are my favourites. I will add a small disclaimer here. Only players that I have had the pleasure of watching will be included, but feel free to add your own. I have listed them in order of personal preference, so who is my all-time captain fantastic?

10. Billy Baxter: He was the youngest member of one of Ramsey’s greatest Town team, and began his career at right-back. He captained the Blues from 1962 to 1971 and passed away in July 2009 aged just 70 years. He remained club captain under Sir Bobby Robson for a while, until a dressing room bust-up saw him pack his bags. He played for Ipswich 409 times, converting to centre back at times, and scoring 9 goals in the process. He went on to play for Hull City but only made 21 appearances and his enthusiasm for football quickly wained, and he went back to Scotland to work as an engineer for British Telecom. It was a sad end to a sparkling career in the game.

9. Jason De Vos: He captained Town from 2006 to 2008, and he proved to be a very reliable skipper, who often waded in with a few goals. He made 171 appearances for the Blues, scoring 10 times – although at Wigan he managed 15 goals in just 90 appearances before joining Town. He was very good in the air and solid on the ground, and played 49 times for Canada’s national side. He was both intelligent and articulate.

8. Luke Chambers: He wore the badge with pride, and his customary fist-pump at the end of every winning game was truly legendary! He was not the best defender we have ever had, but if ‘ best’ was defined by a player’s desire to wear his heart on his sleeve, then Chambers was right up there, as he led by example.  He made 376 appearances for Town scoring 18 times and is now plying his trade with Colchester United.

7. Matt Holland: Holland joined the Tractor Boys in the summer of 1997 for a fee of £800,000 from Bournemouth. He captained them, and it was not long before he was captaining us as well! In his second season at the club, Holland became George Burley’s new skipper during another golden period in the club’s history, as Ipswich reached the Premiership, and ended fifth in 2000/01. He made 259 appearances for the Blues in his midfield role, scoring 38 times. He also played for the Irish national team on 49 occasions, and scored 5 times – including a blinder against the Netherlands!

6. Terry Butcher: He was a local lad and a colossus of a centre-half. His presence on the field was enough to put fear into the eyes of opposition players. Terry made his debut for Ipswich Town against Everton in the First Division on 15 April 1978 and I was there to witness it. I heard one Everton supporter shout as he came on,  “Bloody hell, he’s a big lad!” In 1981, Butcher was part of the Ipswich side that won the Uefa Cup and was named Player of the Year in 1985 and 1986. He made 271 appearances for Town scoring 16 goals. He was capped 77 times for England too, wading in with 3 goals.

5. Sam Morsy: Now this is a controversial choice, given the fact that we are due to start our fourth season in the third tier of English football, but I like this man a lot! He took over the captaincy from George Edmundson, who in turn, replaced the injured Lee Evans but I believe he is the ideal choice because he leads by example. He was club captain for Wigan earlier in his career too and in a league above the one he finds himself in at the moment. Since he has been pushed further forward under manager Kieran McKenna, Morsey has added goals to his repertoire. Great player. Great leader!

4. Tony Mowbray: He was an inspirational figure at the back of the Town defence, and immediately became club captain in 1995. He played for Town for around 5 years and scored 5 times in 128 appearances for the Blues. The most memorable was his equalising goal in the 2000 Division One playoff final victory against Barnsley, which saw the Blues back in the Premiership! That match was both Mowbray’s Wembley debut and the last of his playing career. He went on to manage several clubs.

3. Andy Nelson: I was only seven years of age when he took the captain’s armband, but Nelson was born close to Upton Park and was signed by Alf Ramsey from West Ham for £8,500, which was a new club record, in May 1959. I am perhaps bending my own rules here because the only time I saw him was on tv, but it was clear to see this player had obvious captaincy skills and he skippered the club in all league and cup games during the 1961/62 season and was a key member of Sir Alf Ramsey’s  League Championship winning side. He was once ordered to do extra training after being caught hitching a lift on a sugar beet lorry when out on a six-mile road walk!

2. Jim Magilton: ‘Gilts’ or ‘Magic’ was a huge fan’s favourite and went on to manage the club. He became club captain following the departure of Matt Holland in 2003, having already played a huge part in George Burley’s side’s earlier promotion to the Premiership back in 2000, and scored that unforgettable hat-trick at Portman Road against Bolton Wanderers, which took Town to the playoff final at Wembley. He was a player of immense quality, who demanded other players’ attention on and off the field. He played 262 times for Town, scoring just 15 goals. 20% of them came against Bolton!

1. Mick Mills: Records prove that Mills was the most successful Ipswich Town captain ever, leading Ipswich to both FA Cup and UEFA Cup glory and narrowly missing out on the First Divison title in 1985. Sir Bobby Robson appointed Mills as team captain in 1971, and so began a close working relationship between coach and skipper which was at the forefront of Ipswich Town’s rise to the top of the game for one whole decade. He captained the Blues for 11 years, and in that time, Ipswich was at the forefront of domestic and European football.  He played 591 times for Town both as a wing-back and a midfielder and for England, at left-back or right-back where he made 42 appearances. He was a brilliant strategist and a fantastic club captain!