Is Freddie Just A Dreamer? 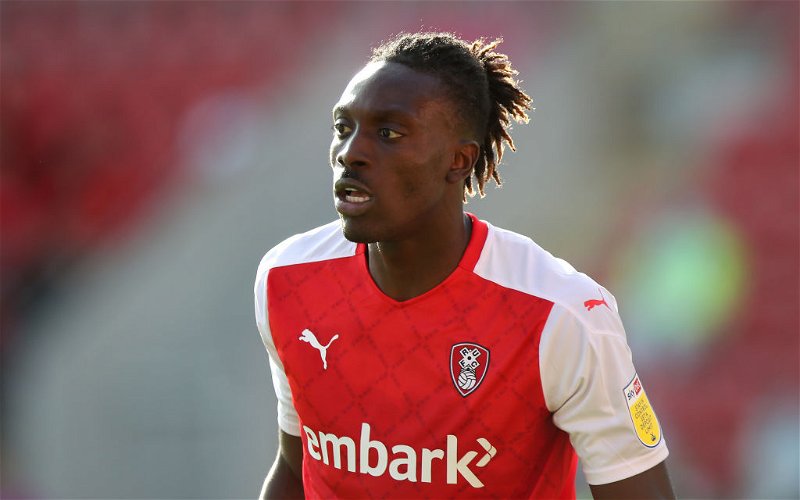 The signing of Freddie Ladapo is not one that I saw coming. Signing him on a three-year contract speaks volumes about the faith that manager Keiran McKenna has in him, but the question remains, why did he leave Rotherham United on a free? According to his previous boss at the Millers, he was difficult to handle and wanted away, but is there more to this than meets the eye? He is dreaming of a bright future here.

The centre-forward handed in a transfer request as long ago as January and then aired his frustrations publicly, which did not do him any favours. Sheffield Wednesday immediately showed interest, along with Hull and MK Dons, but he remained at the New York Stadium as the transfer window slammed shut. He went on to play ten more matches for the club and scored another three goals, but he was no longer uppermost in manager Paul Warne’s mind. He made 123 appearances for The Millers netting 41 times, and Warne spoke of his imminent departure with an element of sadness.

“Freddie thinks his football life is elsewhere and I’ve got no problem with that. I am not here to keep players against their will. There is no ill-feeling with Freddie. His goals this season and in the last campaign were fundamental to our success. I didn’t want it to end like this, but we can’t have people here who don’t want to be here. Football is a business, so everything has to be weighed up.”

In some ways, we can compare him with another player who ruffled a few feathers at his former club. Tyreeq Bakinson fell out with Nigel Pearson and the Bristol City boss was glad to get shut of him in the end but at Ipswich, he seems to have gelled well, and there has been no talk of unpleasantness. Personalities that exist between coaching staff and players can influence things and Warne has suggested that Ladapo is a player who works very hard in training and perpetually wants to improve. He has obviously been impressed with the Town manager’s vision and said this.

” I think he was a great influence on my coming here because the conversations that we had …I mean we got on really well you know. We talked about family life and football as well so it helps when you connect with a manager in that sense and I do thoroughly enjoy his thought-processing, his views, and his objectives he is trying to achieve, and they fit in with mine exactly. The chance to come and play for this club, with the history and fanbase it has, is brilliant for me. I am buzzing.”

Keep on dreaming Freddie, and we will continue to dream with you. The future belongs to those who believe in the beauty of their dreams. They are worth hanging on to!