This Wing-Back Is On Town’s Radar 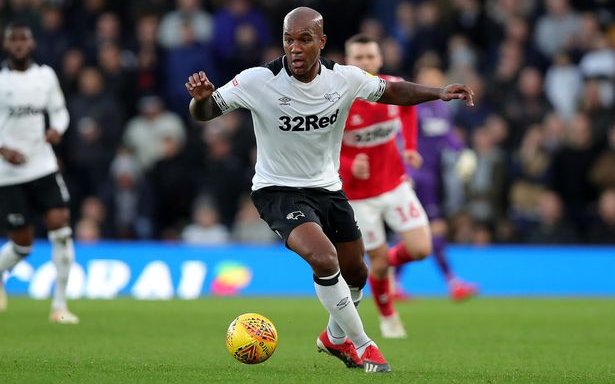 If I told you he was born in Leeds to Jamaican parents, would that help? Perhaps not, but here is another little clue.  His full name is Andre Alexander Shaquille Wisdom and he once played for a top Premier League club. He progressed through the youth teams at Liverpool before featuring for the reserves and was knocking on the first-team door!

Against Young Boys of Switzerland, in the Europa League group stages, he was named in the starting line-up and scored on his debut as Liverpool won 5–3! His impressive performances in Europe would lead to further opportunities in the first team under Brendon Rogers, and he made a total of 14 appearances for the Reds, and having signed a new contract in January 2013, he went out on a season-long loan to Derby County, as part of his development, but that was the beginning of the end of his time at Anfield. More loans inevitably followed, and Liverpool was but a distant memory. He has been used primarily in his career as a right-sided player, but he is two-footed and could quite easily adapt if, of course, McKenna wanted to tick the quality box first?

Now, why do you ask, is all this so important? Well, I have heard from an insider at Ipswich Town football club that he is on CEO Mark Ashton’s radar and for good reason, as cash-strapped Derby County are not in a position to extend his contract.  His current deal expired at the end of the season, and although he trained with the financially struggling club ahead of the 2021–22 season, he did not re-sign for them. Wisdom joined West Bromwich Albion on a season-long loan from The Rams, but fell out of favour with former boss Tony Pullis, and joined Premier newcomers Norwich City on another season-long loan in 2015. The following year he did the same with Red Bull Salzburg before rejoining Derby permanently in 2017. Remember, he is still only 29!

He can play right-back or centre half and has played for England at all levels, from 16 to 21. His market value is said to be around half a million, but if he came to Portman Road we are likely to get a player who is not only technically very good but also vastly experienced at higher levels of football. He is intelligent on the ball and has deceptive pace too, so I can understand why the Blues are monitoring his progress at this time.