Dominic Ball Signs For The Blues. 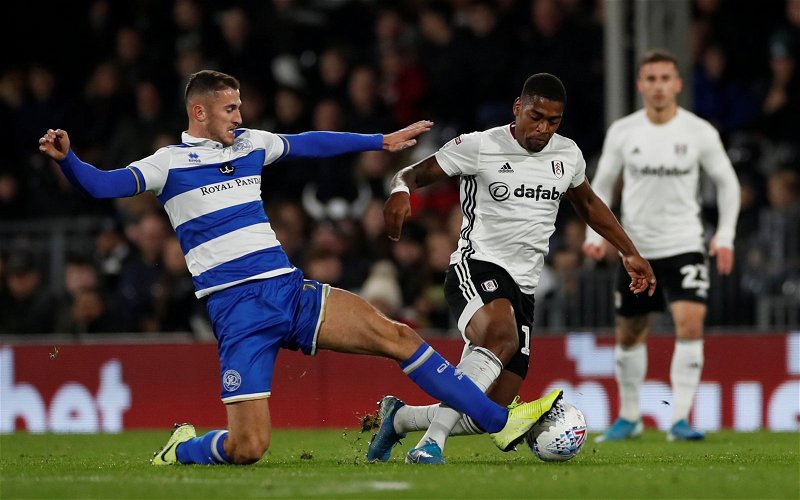 He may be another free transfer, and he may be another football journeyman, but Town has signed a player of true worth. I understand that the signing of QPR’s Dominic Ball has now been completed, having been released from the London outfit. He is 26 years old and is 6ft 2inches tall. The Welwyn Garden City-born player is much travelled and began his career at Watford, before moving on to the Tottenham academy.

This was where he first set his eyes on manager Keiran McKenna, who was coaching with them during this period. He then spent some time on loan at Cambridge United and Glasgow Rangers and helped them win the Scottish Championship in 2015/16,  before leaving White Hart Lane for Rotherham for an undisclosed fee in the summer of 2016. He was loaned to Peterborough United and Aberdeen while still contracted to Rotherham United. Shortly after his Dandies loan, he signed for QPR on a two-year deal in 2019. He is a very hard worker apparently and dedicated to each cause.

Ball’s older brother Matt is also a footballer, and his dad was academy business manager at Watford. Ball graduated from Open University with a degree in business studies and has also written a book about football called From Winning Teams To broken Dreams which is available in hardback. He said this after its publication.

“I wanted to raise awareness of what it is really like to try and make it as a footballer. The stats showcase just how tough it is. Fewer than 1% of those who play the game will make it as top-flight footballers. That shows you the reality that is facing many young boys and girls who dream of making it and are doing everything that they can to make it happen. I started writing the book during a tough time in my career a few years ago. I wanted to bring my close friends on board within the book too because we are close friends despite our lives going in differing directions. We all dreamed of being footballers and some of us made it and some of us didn’t but we are still close regardless.”

Ball is primarily a defensive midfielder but is flexible enough to play as a wing-back, or in central defence. He made 99 appearances for The Hoops of which 25 were from the bench and scored 3 goals. He has just signed a two-year deal with the Blues. Manager Kieran McKenna told the club website of his delight. “He has a good level of experience and he also has a fantastic character. He has been highly regarded at every club he has been at, and he lives his life to a high level of professionalism.”