I Am Sad To See Him Go 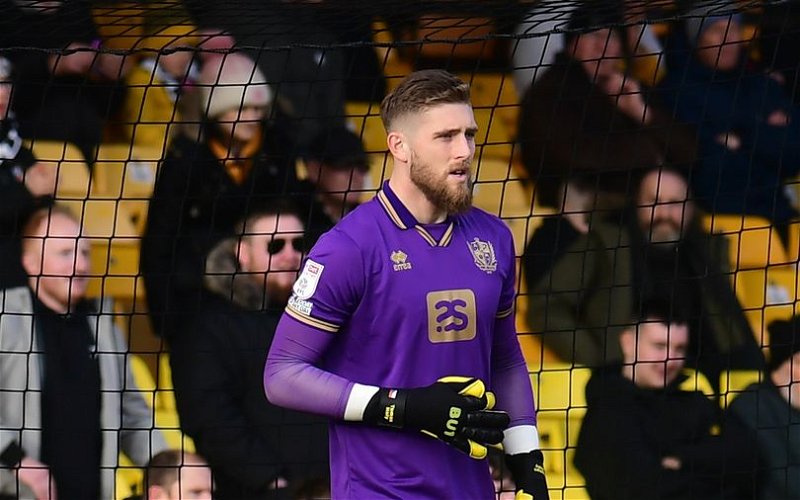 We all knew it was going to happen, and the only question that remained was when? Tomas Holy has joined Carlisle United on a free transfer from Ipswich Town and I wish him the very best of luck. He is a giant of a keeper and a giant of a man, and many supporters remarked on the fact that he had time for everyone. The former Czech youth international came through Sparta Prague’s academy before he joined Gillingham, and he made 107 appearances there before moving to Ipswich Town.

In his three-year spell at Portman Road, he was selected to play 65 times, and some of them were memorable for all the right reasons! On two occasions, he went on a five-game run without conceding a goal, and his goal kicking was not only effortless but it was also immense! I often wondered why he did not have a pop at goal himself because he could not do much worse than some of our strikers at that time!

He was given the number one shirt on joining the Blues and kept it for a while until a series of comical bits of defending meant we let in some poor goals, and, as is often the case, when that happens, the goalie is always considered to be the guilty party. We tend to forget that he kept six clean sheets in his first ten league games of the season, and that included five consecutive clean sheets, which equalled a club record! Once Will Norris arrived on the scene on loan, his position became more perilous, and manager Paul Lambert was quoted as saying that he now had two top goalkeepers at the club! It’s a shame Holy could not retain the number one spot, but that’s football.

I am delighted that Tomas has found another team, and after signing Holy on a two-year deal, Carlisle boss Paul Simpson told his club’s official website: “I want a keeper who can make the saves and who can also dominate the 18-yard box – as well as get us moving once he has the ball in his hands. With his presence and distribution, I think Carlisle fans will take to him once they see the way that he can strike a ball in terms of getting it out to our own players.” At 30 years of age, Holy still has a few years in the game, and I feel sure he will make a big impression in Cumbria, just as he did at Ipswich Town. On a personal note, I will miss him. He always gave his all, and although he was perhaps not the most agile of keepers, he made some great reflex saves at times, and his kicking was something else! Good luck Tomas. You deserve a bit of it.