How Long Has He Got? 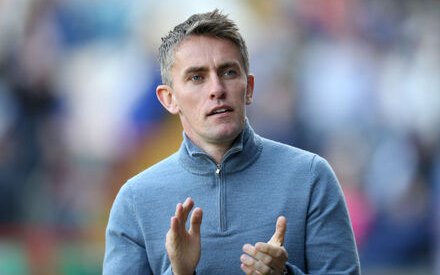 Our new American ownership, Gamechanger 20 Ltd, has already proved that they are prepared to spend big. They have also proved they can be ruthless in their collective quest for success. Nobody expected to see former boss Paul Cook exit halfway through the season, but it happened, and the rest, as they say, is history.

The Three Lions are part of the ownership of the American team Phoenix Rising FC, which plays in the USL Championship Division. Brett Johnson, Berke Bakay and Mark Detmer are the three main protagonists, but Ed Schwartz is also involved, and they have considerable experience in commerce and marketing. Now you might not feel too comfortable with all this, because the American culture is such that patience is not considered to be much of a virtue. If things go wrong, they can quickly pull the rug from under the feet of the manager. That is what happened to Cook, but could the same thing happen to McKenna? A lot will depend on what happens at the beginning of next season. If we can start well and not stutter along as we did at the beginning of last season, then they will go along for the ride. Brett Johnson has said that if Ipswich finally returns to the Premier League, the first thing he would do is to get a tattoo of the club’s badge! Johnson was the man who decided the fate of Cook, and he will undoubtedly determine the fate of Kieran McKenna too.

In truth, Cook bought fairly well, but he knew that he was taking a huge gamble in dismantling the whole squad and replacing them so dramatically. We all knew it would take time for these players to gel and in the end, this cost him his job. We must thank Cook for signing Wes Burns, who has been the star of the show this season and let’s not forget his other great buys. George Edmunson, Lee Evans, Conor Chaplin and Sam Morsy were all recruited by Cook, and it is good to see they have all cemented their places in the team. Cook deserves considerable praise for that, at the very least.

Kieran McKenna has gone into management like a duck to water. Thirteen years of coaching with some top people certainly helped, but there is much more to the man than simply this. He comes over as very thoughtful and detailed when he is interviewed. His intelligence is there for all to see. This does not guarantee success of course, but it is an indicator of his commitment to the cause and his knowledge of the game. I like the man and genuinely hope he succeeds. You need a bit of luck in football too but I don’t know anyone more deserving of it than him. We are now getting Portman Road rocking again with some scintillating football, and the crowds are returning and clearly enjoying it! We need more astute attacking signings in the summer, and we need a quick start. Get that, and literally, anything could happen!