He Could Be Our Best Signing Yet 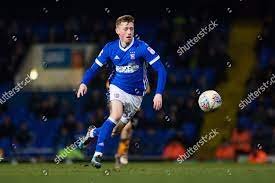 There is much excitement to be had in Suffolk at the moment. It finally feels as if the club is going places, and the feel-good factor is back at Portman Road. Our two new signings from last week certainly feel part of the new fabric but what materialised today is, in my view, the best news of all!

Ipswich Town striker Ben Morris has been given a new contract, and if it had not been for a series of knee ligament tears which has meant that he has rarely played competitive football over the last few seasons, I am convinced he would be a first-team regular by now. I have always liked this kid, and although a one-year contract extension does not seem like a lot, if he can remain injury-free, then I am confident he can cement his place in the squad.

In 2018, before another setback curtailed his development, Morris was in and around the first team. He made his debut in the Championship at home to Nottingham Forest, and youth coach Bryan Klug has high regard for the player. He knows what he is capable of if only he can stay fit.

Ben was born in Colchester in 1999 and became a schoolboy player with the Town academy in 2013. He has all the attributes needed to be a top-class striker, and he was getting there until Morris suffered an anterior cruciate ligament injury in training in 2019, and then cruelly, the same injury in August 2020. So it was back to the drawing board for this talented young 21-year-old.

As he put pen to paper on a new one year deal, with the club holding the option to extend it further by 12 months, he said this.  “I’ve had a tough two years with the injuries so I’m really happy to have this opportunity. I’m back from injury now, and I’m ready to go in pre-season. My return date pretty much coincided with the end of last season, so I couldn’t train with the lads, but it gave me more time to prepare. It’s a chance for me to prove myself again, and I want to be involved and play games. I just want to play football, that’s it.”

Let us hope that he can steer clear of injuries next term, and if he does, then I believe we will all benefit from seeing him in action again. He might not be very tall for a forward at 5ft 9 inches, but he more than makes up for this with his guile, in and around the box, and I wish him every success in his quest for regular first-team football. It’s the least he deserves.