The Guys That Changed Town’s World 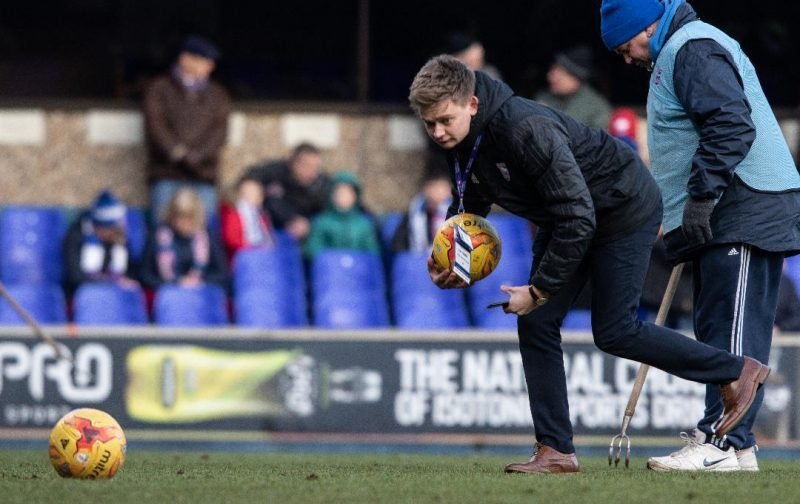 I have often waxed lyrical about Ipswich players both past and present but one area that I seem to have neglected, is what goes on behind the scenes? In the modern game, supporters expect to be kept informed about all aspects of the club they love, and here at Ipswich Town, we have been blessed to have Media Manager Steve Pearce, who has worked tirelessly for the Blues over more than two decades and sadly, is in his last year at the club.

Steve has been a freelancer throughout his career at Ipswich, which is a unique position in the world of the Football League because all other media managers are fully paid members of staff. His exceptional talents will not go unnoticed of this I am quite certain, and he wants to devote more of his time to writing a couple of books.  He is leaving it in good hands though; with a strong team of bright and charismatic individuals, ready to take on the media mantle at the club yet further!

His modesty forbids me to devote the whole article to him alone but it is important to stress that without him we would not have such a fantastic website. Steve worked for the Shoot magazine from 1981 to 1998 – leaving just after the World Cup that year having previously worked on a building site, before working his way up to chief sub-editor and then, assistant editor of the colour supplement.  I used to buy it too and at its peak, it was selling 500,000 copies worldwide and was a great addition to the beautiful game.

In 1993, Steve launched his own company called Final Score which supplied line-ups, player ratings and stats to newspapers and football magazines and that is where we acquired our football knowledge in the sports pages of the Daily Mirror and Daily Star! Through this football avenue, he became friendly with Mike Noye at the communications department at Ipswich. This was the beginning of Steve’s involvement at Town and he has played a key role in media management at the club ever since!

In around 2004 Ipswich World arrived on the scene, and Steve started working with David Webb, who incidentally, appeared in 57 episodes of the popular sitcom Hi-De-Hi which ran from 1980 to 1988. Dave did the video editing for Ipswich World and he and Steve Pearce both worked three days a week at the club.

But that is enough about Steve for now, because when I suggested writing this, he placed great emphasis on the team he has nurtured that have gone on to work for Premier League clubs and when in 2011, the then manager Paul Jewell wanted to overhaul the media department he insisted that Pearce should run the show.

At that time, Ipswich was well behind other clubs concerning social media. It was virtually none existent and having watched the development of this side of football, I can recall those days when there was very little on the official website to get excited about. Pearce needed someone comfortable with social media to help him, and although the job was not advertised, a CV from Jonny Ogle caught his eye.

In next to no time Ogle had been appointed and he sparked the website into life.  He was a tad nervous, to begin with, I recall, but he learned all his journalistic techniques on the job and made an immediate impact. Ogle stayed for six years with Town, and in that time he brought media side of the club into the 21st century and was responsible for interviewing, writing for the website, programme notes and replying to fans questions and requests. Former Town boss, Mick McCarthy christened him ‘pockets’ because he had his keys, wallet and other items bulging out of his tight jeans! But Jonny had a hands-on approach to media communications, both literally and metaphorically, and this attracted the attention of Chelsea in 2017, where he is still employed.

Next in line to the media throne was Grant Pringle, who fought off 200 other applicants for the post and he did not disappoint. He came from Inverness in 2015 but thanks to the work that Ogle had done The official Ipswich Town website was already a very watchable outlet. Like Jonny, he graduated as a sports journalist and became responsible for all areas of the media both writing and interviewing but also concentrating his energies on administrative work as well. He was a natural successor to Jonny and his distinctive vocal style added a new dimension to club interviews and took social media onto a new level. He also learned to video edit and he was the video editor of that rare Marcus Evans interview conducted by Pearce, which had to be completed under a strict timeline in April 2018.

Pringle was also the man behind the last interview with Mick McCarthy, who he stormed out of the press conference!  Thanks to Pringle’s efforts it quickly went global and this against the clock! I remember first seeing it on Sky but most news sports news channels covered it and Pringle was the mastermind. Grant used his position as a great learning curve and in the autumn of 2019, he too went to the Premier League, taking on the social media role at Newcastle United!

Since Pringle, there have been more new faces in the media department at the club. Mikey Hale was recruited from Barnsley’s Community Trust at the back end of 2019, and working alongside him is Jacob Henderson; who has been at the club two years longer and is the son of Mel Henderson. He was at Sir Bobby Robson’s side as his press secretary, at the height of the club’s success.

I remember Mel as well. He was responsible for arranging a set of interviews I did with those Ipswich greats, Paul Mariner, John Wark and Mick Mills at the Adelphi Hotel in Liverpool in the late seventies. His son is following in his father’s footsteps here, and together with Mikey, conducts all the player interviews and most of the social media work these days; along with Dan Palfrey who has been the Public Relations Manager at Ipswich since 2017.

These guys do an outstanding job for the club and continue to provide top class media coverage and entertainment from Portman Road. The official website draws plaudits from the football hierarchy both here and elsewhere. The Ipswich Town match day programme is regarded as one of the best outside the Premier League, and the programme is packed with informative and incisive comments, match stats, and the latest news from the manager and players and there is, of course, an online digital version available for PC and mobile too!

Over the last few years, Ipswich Town football club has placed a greater emphasis on getting kids more involved through community commitments and charitable work.  Dan Palfrey is the architect behind this idea (see photo above), and Pearce believes that getting younger fans on board is the key to our long term future.

Steve Pearce sees no reason why, in time, they cannot follow in the footsteps of Jonny and Grant and the rest of the team, who together with ifollow, have collectively helped to put Town on the map in the world of social media in the sport we all love.

They have brought Ipswich Town right into the 21 st century with their excellent media coverage; whilst at the same time, happily embracing changes that relate to the way football is enjoyed in its perpetual state of modernity.