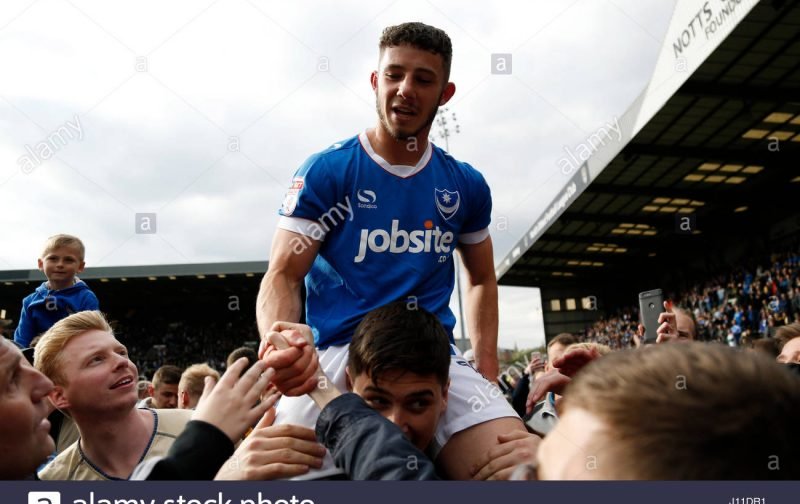 It is a truly wonderful time to be an Ipswich Town supporter!

As every day passes, a new beginning emerges, and this afternoon the Club confirmed that Rangers defender George Edmundson had singed on the dotted line.

At 23, he is at the perfect age to develop his career, and although he cost the best part of a million pounds, it will be money well spent if he can replicate the form he showed with Oldham Athletic and, to a lesser extent, Glasgow Rangers. Edmunson has signed a four-year contract with the Blues, and when was the last time we did that?!

Town have made a very positive statement of intent with this addition. Derby County wanted to re-sign him after he performed so well for them on loan at the back half of last season, and another Championship side, Peterborough United were also showing interest before the Blues stepped in.

Ipswich manager Paul Cook explained why he was so pleased to recruit the Mancunian, “George is at a great age but he also already has good experience in the game. We’re delighted to have him with us. He’s strong, a good talker, comfortable on the ball and he wants to play regular first-team football. I first came across him when he was on loan at AFC Fylde because they played Wigan in the FA Cup and took us to a replay. He was strong on the day and we’ve followed him ever since.”

And now further news on signing number ten! Barnsley forward Conor Chaplin has just signed for the Blues, as anticipated. The 24-year-old forward has put pen to paper on a three-year deal for an undisclosed fee. Conor told ifollow that he cannot wait to get started and sees this as a move in the right direction for his career.

“Maybe people looking in from the outside and seeing me drop from the Championship to League One might think it’s surprising but I don’t want to be in this division for long and Ipswich match my own ambitions. It’s a massive club anyway but speaking to the gaffer and the people here, I can see what they want to achieve. As a player, it’s important to play for a club that wants to really go somewhere and it’s exciting to be part of that.”

Welcome, Conor and George! I am sure you will do us proud. I can’t remember a season quite like this. Every day seems to throw up another surprise, and thankfully, they all tend to be memorable.