Oh How I’d Love This Man At The Helm 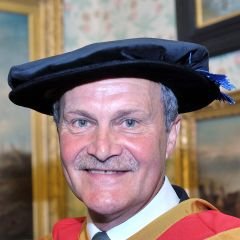 Yes, he is 71, and we would have to drag him out of retirement but I believe this man could make a difference and it is NOT the much talked about Neil Warnock that I am referring to. He could carry on happily driving his tractor around the West Country if he so desires.

The person in question would take some persuading though but if we could tempt him back, I firmly believe he has what it takes to drive Ipswich Town football club forward again. His knowledge of the game is immense and his studious approach to all aspects of football, make him a stand out candidate in my eyes.

Who then is it? None other than Michael Dennis Mills, (MBE) who not only captained the Blues on close to 600 occasions but also captained the England team as well in his heyday!

These days Mick plies his trade as Brenner Woolley’s football analyst on match days but he has much more to give than simply this. On the Radio Suffolk phone-in’s after the match, he does not agree with callers just for the sake of it but is quite prepared to give supporters a verbal reposte that puts most of them quickly back in their box, and his superior knowledge of the game leaves many tongue-tied or confused or both – me included! He doesn’t suffer fools gladly and if you dare to make a call to the local radio station, then be warned, if he thinks you are talking rubbish he will tell you so!

But there is much more to Mick Mills than as a football analyst. Age is just a number in football management these days, and two good examples of this are Roy Hodgson at Crystal Palace who at 73, is mulling over a new contract and here in the Netherlands 73-year-old Dick Advocaat who has guided Feyenoord from prime relegation material to 3rd place in the Eredivisie and just six points off the leaders. Under his stewardship, Feyenoord remain unbeaten!

Now you might argue that Mills’s foray into management was largely unsuccessful but he was not always given a fair crack of the whip. At Stoke for example, in his first management position,  the club was in a very poor position, having just been relegated from the First Division with a record low points tally and with very little money available. (Sounds familiar?) Then he was forced to sell Mark Chamberlain to Portsmouth for 300,000 pounds but this was not used on players but to reduce the club’s huge overdraft. Nevertheless, Mills got them out of trouble and they ended up finishing a very respectable tenth in the division.

The next season they almost made the play-off’s – eventually finishing eighth. He continued at the Potteries for four seasons before losing his job in 1989. Spells at Colchester United and a joint caretaker role with Trevor Francis at Birmingham followed, but he was not really given enough time to fully formulate his ideas before becoming a Chief Scout at Sheffield Wednesday, and then returning to the Brummies in a coaching capacity.

Of course, Mills has never even hinted at the idea of managing again but if he was offered the post – even in a temporary capacity by owner Marcus Evans, could it perhaps tempt him back? I would love to think so because his no-nonsense approach to management is a breath of fresh air in my view. Mills is not loved by everyone that supports the Blues I know, but in some ways, this is part of his appeal. He is not afraid to ruffle a few feathers and our current bossman Paul Lambert would do well to heed this advice.

In many ways, Mick Mills is Mr.Ipswich and he still holds the Town club appearance record wearing the Town shirt on  741 occasions for Ipswich over 17 years.