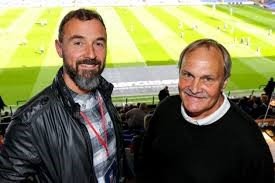 This sorry old season drags painfully on but now that our promotion ambitions have been thrown to the dogs, surely it is not too soon for a Town post-mortem.

Last night former Town captain and stalwart Mick Mills said on Radio Suffolk’s Final Whistle programme that the team had been treated far too kindly by manager Paul Lambert and of course he has a valid argument as usual. He explained, ” I am not sure we took the game seriously? I am really not sure – because that team selection is ludicrous – it really is. And the performance that followed the team selection, is was what you would expect. Disjointed. No togetherness. Poor Brett McGavin.Why was he given this job tonight? He hasn’t appeared for the Town before in a league start. Why was he given the job? Poor lad. Why was Tyreece Simpson launched from the bench? Great opportunities for these lads but it wasn’t the right time. This was the worst performance of the season for me.”

Mills went on to suggest that the squad as a whole is probably one of the best paid in this division but the team played without any passion again last night and have probably had it too easy under Lambert, who has been too reasonable with his players. As that saying goes, sometimes you have to be cruel to be kind.

I may be one of the few that still believes that Paul Lambert is the right man for the job but he needs his luck to change quickly if he is to remain in the job. His new five-year contract will cost Town big unless he walks and yet Mills is of the view that it would be a futile exercise if the club were to look elsewhere at this stage in the season. ” For me, leave it all alone now. You don’t make changes at this time of the season. If you are going to make a change make it in the summer.”

And when Mills was quizzed by Brenner Woolley about the Neil Warnock rumours he was equally dismissive. ” He’s either driving his tractor down in the West Country – or he’s talking on Talk Sport. He’s not interested anymore …he’s 71/72 years of age!”

I think most level-headed supporters would agree that Paul Lambert has tried his best to re-invent Ipswich, by being all-inclusive to players and supporters alike but this alone does not win you football matches.

By contrast, owner Marcus Evans shows few signs of complete commitment to the cause. Yes, he saved us from bankruptcy but has done very little else in his twelve and a half year tenure to make supporters feel he has a grasp of the football fundamentals. His Howard Hughes approach to club ownership obviously does not help – nor does his naivety in the decision-making department.

As for the squad as a whole, they have seriously under-performed. Few can hold their heads up high and say they have made a difference this season and the few that can, will probably be sold. A fond farewell then to Luke Woolfenden and Flynn Downes who both proudly wore the Town shirt, as if it meant something.