My Own League One Predictions 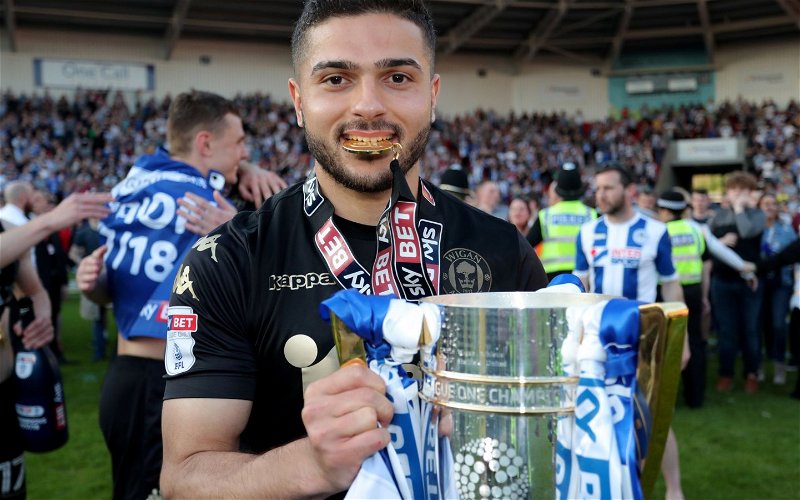 24. Fleetwood Town: They are not good enough to stay up in my view, and only just beat the drop last time around. Last season they finished in 20th place, and this time there is no escape!

23. Burton Albion: I have not been impressed by the players they have brought it so far, and although they play some pretty football at times, even former Blue Danny Rowe has been released!

22. Cambridge United: They came up and did very well last season, but it is always the second year that catches teams out. Wes Hoolahan has been released too.

21.  Cheltenham Town: The players they have acquired are either freebees or loans, and they do not have a big enough squad to avoid the drop I suspect.

20. Morecambe: They finished 19th last season, and I don’t think we will see much of an improvement here. The players they have recruited have been via loans, or free transfers so far.

19. Accrington Stanley:  Not bad enough to go down, but not good enough to go up with any real conviction. They will rely on their home form to keep them in this division.

18. Exeter City: I think they will hold their own in this league, and they only just missed out on the League Two title last season. They have no new recruits as yet though, so that must change before the window closes I fear.

17. Shrewsbury Town: They are probably good enough to stay up and they have acquired  Jordan Shipley for an undisclosed fee from Coventry City, and Julien Dacosta from them on loan.

16. Port Vale: They have only brought one player into their squad so far, and that is Lewis Cass on a free from Newcastle, so with a small squad, they will have to rely on lots of lady luck!

15. Bristol Rovers: They are a good middle-of-the-table team. Too good to go down but not good enough to go up. They have signed James Connolly from Cardiff City so he will help their cause!

14. Forest Green Rovers: I think they will do well in this league, and remember, they won the League Two title last season so they will be full of beans and raring to go!

13. Wycombe Wanderers: They made it to the playoffs last season but I think they might succumb to a bit of a football hangover and their league form might suffer.

12. Plymouth Argyle: They started the last term like a house on fire but in the end, their small squad could not handle such a long season. Bali Mumba is on loan from Norwich so I doubt whether that will help them too much.

11. Lincoln City: It will be mid-table mediocrity for one of our old bogey teams. I cannot see them ruffling too many feathers, but at home, they can be dangerous.

10. Peterborough United: They have a reasonable squad but the shock of relegation inevitably leads to clubs playing catch up.  Lucas Bergstrom, who is on loan from Chelsea, might aid their cause, but it will take them a while to settle here.

9. Charlton Athletic: They should be doing an awful lot better than this but it is an improvement on last season when they finished a disappointing 13th in the table. Steven Sessegnon is on loan with them from Fulham which should help.

8. Portsmouth: I think Joe Pigott will do well here, but the squad, as a whole, looks a bit lightweight. They have signed Zak Swanson from Arsenal though, so this should aid their cause.

7. MK Dons: They performed admirably last season, and lost narrowly to Sunderland in the play-off final for a crack at Championship football. Losing Scott Twine to Burnley though is a massive blow, and they have taken Louie Barry on loan from Aston Villa.

6. Oxford United: I have a feeling they will do a little better than last season when they just missed out on the play-offs in 8th place. Manager Karl Robinson is a good motivator, and he’ll get the best out of a rather limited squad.

5. Barnsley: Unfashionable Barnsley always seem to find a way, and they now have James Norwood to make us suffer up front! Jamie Searle from Swansea City is another good addition to their squad, and this gritty Yorkshire outfit will be there, or thereabouts, before the season’s end.

4. Bolton Wanderers: They are first up for Town, and we need to get our revenge for what occurred at Portman Road last season! They have Conor Bradley on loan from The Reds, so they have big ambitions, finishing ninth last season, so improvement is due.

3. Derby County: I think they will be an enormous threat – with or without Wayne Rooney running the show! Another former Town striker  David McGoldrick is with them now, and James Chester has come in on a free from Stoke City.

2. Sheffield Wednesday: They are a well-organised outfit and favourites to lift the League One title. It’s a strong squad with very strong vocal support so they will get very close. They just missed out on a Championship ticket losing narrowly to Sunderland last season via the play-offs, so they will be more determined than ever to do it the easy way. Manager Darren Moore will steady the ship that’s for sure!

1. Ipswich Town: What more can I say! Let’s be honest, it is long overdue, so finally, we will make the Championship without having to undergo any play-off trauma – which is not good for our health! We have the right manager and the right squad to succeed and I firmly believe our loyal supporters thoroughly deserve this! Come on you Blues!

Now then, that is my take on the coming campaign but what do you think? Am I being overly optimistic? I would love to hear from you.