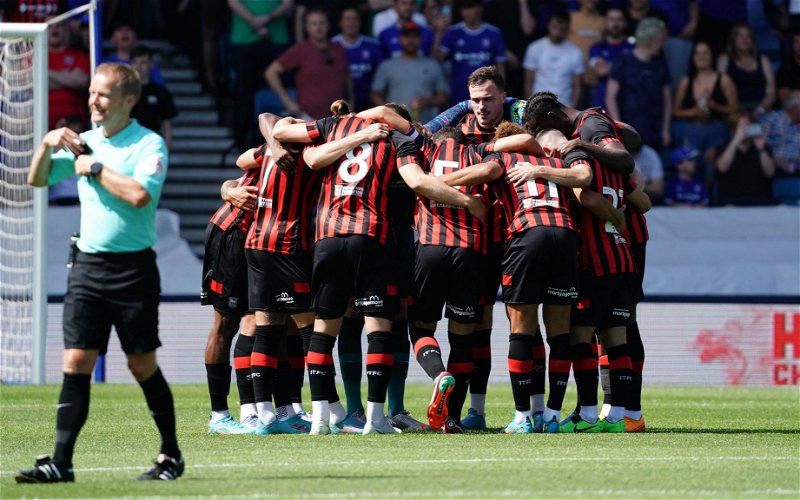 For the second week in a row, Ipswich Town performed far better in the second half than the first. They did much the same against AFC Wimbledon.

Ipswich Town boss Kieran McKenna was his usual unfazed self and said after this entertaining match, that the Blues had an up and down kind of game. “I think I would probably be a little bit unnerved if anything had gone perfect today. We made some mistakes in the game, and we did some things really well in the game. That gives us some things to iron out this week – things to improve on this week, and the coming weeks as well, so I thought it was a really good workout.”

It was a very sober assessment, as always, from McKenna, who never gets overly excited when we win or too frustrated when we lose. This feeds into the squad’s mentality too, and that is why there is a collective calmness about the place. The players know what they have to do, and it is then about putting round pegs in round holes. Town have a strong squad which might be strengthened further before Bolton.

Just as we witnessed against AFC Wimbledon, there was a discernible increase in intensity once the second half began, and it was not long before Town were level, thanks to a sublime bit of finishing from Freddie Ladapo, having been fed in by captain Sam Morsey at the second attempt. Town dominated the play after that and were unlucky not to win it on 88 minutes when Sone Aluko hit a screamer from 25 yards which swerved and dipped and fortuitously fell into the palms of former Blue Bartosz Bialkowski after hitting the underside of the bar. If that goes in, we would have won it.

All things considered, this was a very good performance by Town. The goal we gave away was as a result of Luke Woolfenden being caught in possession, but, as Sam Morsey saw it, this was because Lee Evans had not made enough space for an outward pass. The truth is that it is far better to make this kind of error before we kick off in earnest next week,  and it gives the manager more time to iron out these problems.