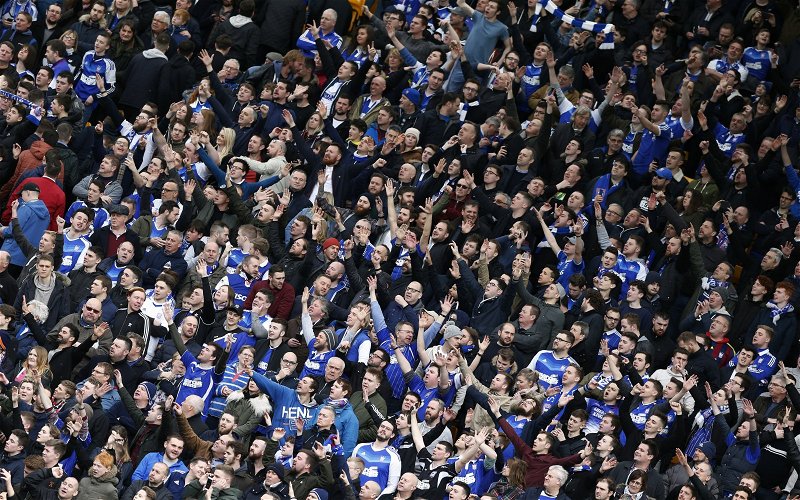 His first match away at Birmingham on the 1st November 2012 ended in a one-nil win and in his last match as manager at Portman Road last night against Barnsley, the scoreline was exactly the same. A narrow victory for the Blues.

There have been a lot of narrow victories in his time at the club but we could not suggest for one moment that the display yesterday was short on chances for Town. We were just profligate in front of goal and Grant Ward, Bersant Celina and Martyn Waghorn all missed guilt edge chances to put the game to bed.

McCarthy rather dramatically announced his departure from the club with immediate effect, after the briefest of interviews with Steve Pearce from the official club website, after the final whistle blew and he blamed disgruntled supporters for his swift exit.

‘I spoke with Marcus (Evans) at the weekend and we agreed that it was in the best interests for me, the players and the club that I move on now,’ McCarthy explained.

He won a total of 105 of the 279 games since he took over but his track record in the cup competitions and against our fiercest rivals was very poor.

The nearest we came to victory over the Canaries was this season at Carrow Road when we lead until the very last kick of the game to the horror of all concerned!

There are those who will be glad to see the back of him and others who will feel that it is better the devil you know but I think the vast majority of supporters will have mixed feelings about him going. They will remember both his strengths and weaknesses and his capacity to fight his corner with stoic resourcefulness.

We should never forget too what state Ipswich Town were in when he arrived at this club and his honeymoon period with the fans continued for some time after our narrow escape from the drop.

His pragmatism saved from almost certain relegation in his first half season in charge but that safety first approach started, in the end, to wear a bit thin and entertaining football was in increasingly short supply.

At least he can say he ended on a high and nobody could suggest that the players were not playing for their boss throughout – even if the results were often disappointing.

Supporters booed his substitution of young 19-year-old Irish debutante Barry Cotter last night, when he was taken off early in the second half but as McCarthy said himself, the player was ‘knackered’ and had to be removed – although he was the first to admit, Cotter had played very well.

So a new day is dawning on Ipswich Town football club so who would you like as the new boss – if it is not a former Town player?