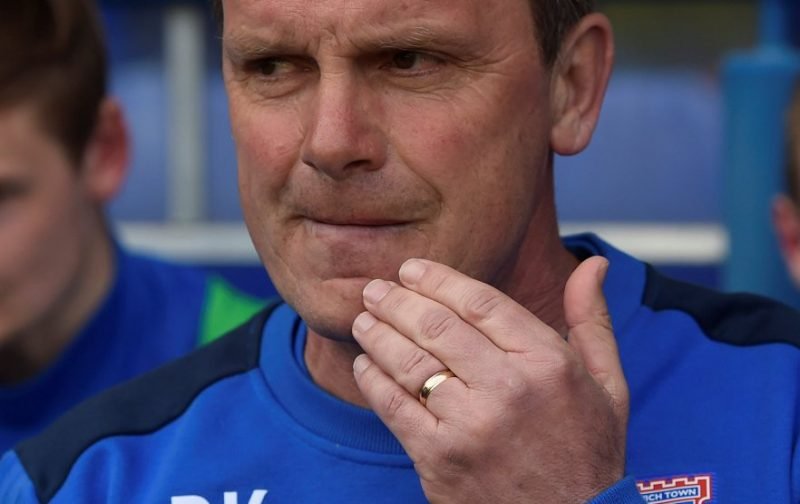 Bryan Klug would be the first to admit that the nature of the Championship has changed dramatically over the last decade, and as the Premier League has got richer so too have some of the clubs who have received parachute payments for going down!

Thankfully whether we finish above them or below them next season, our arch foes from across the border will no longer benefit from an annual payout for abstract failure!

Bryan Klug is already ringing the changes and has brought back to the fold Chris Smith from his loan spell at National League South side Chelmsford City, and due to a shortage of numbers in those central defensive roles, he may find himself with a place on the bench for the game at the City Ground.

But Klug is not intending to make wholesale changes tomorrow and his first game will involve some fine tuning rather than anything too drastic it is thought.

Klug explained, ‘I think there has to be a balance for a variety of reasons…it’s about finding the right time and the opportunity. Listen, I want to get as many minutes for as many young players as we possibly can but you’ve got to be fair and make sure you`re putting out a team which is very competitive.’

He argues that there are football rules about this sort of thing and if you field too many inexperienced players, when other clubs are fighting for promotion points, then you could get yourself into deep water, so he will take a balanced view on this.

Klug is an Ipswich man through and through and although he is far too diplomatic to say it, he knows that what supporters want to see is entertaining football and far less negativity. He does however share one common characteristic with former boss Mick McCarthy, and that is his desire to win.

‘I share one trait with Mick, I like winning games of football. I know there is a bigger picture here. Obviously it’s a tough league and every game is going to be tough, and I did have a giggle with Mick when I saw the games he`d left us to get through!’

This will be Town’s first match without Mick McCarthy at the helm since November 2012, when in their last game of October they lost 3-0 to Sheffield Wednesday under caretaker boss Chris Hutchings.