It’s Worth A Crack If Jack Is Back 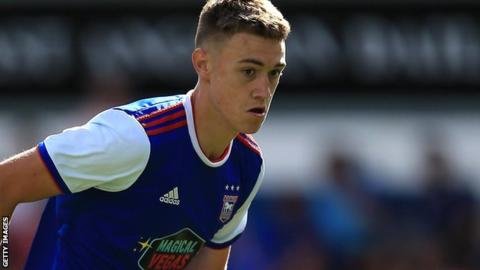 As I have suggested before, the turning point in our season could be the return of Kane Vincent-Young, James Norwood, and the rapidly improving Jack Lankester. If we are to sneak into the play-off’s, should the season re-commence, then it is these guys that could make all the difference.

Norwood has been plagued by injury since he joined the club, and the medical analysis suggests that he as never been 100% fit at any stage this season, which might account for his poor chances to goals ratio. Remember that at Tranmere Rovers 12 months earlier, he scored 30 plus goals and equalled the goals tally accrued by Sergio Aguero! OK, I admit, it was a few leagues lower than the Prem and a league below ourselves but it still was a formidable record.

And we all know what Kane Vincent-Young can bring to the football table. He was a revelation at the start of our campaign, and only a cruel groin injury curtailed his promising career in an Ipswich shirt.  He can play on the left, or indeed right side of the defence, having progressed through the Academy at Tottenham Hotspur, before being released in 2014. A successful spell at Colchester United brought the Camden boy to the attention of Town, and not only can he defend but he can score a few goals too!

He made his debut for the Blues in that emphatic in a 0–5 away win over Bolton Wanderers and then got on the scoresheet when he netted the winner in a 0–1 away win over Gillham at the Priestfield Stadium back in September. No coincidence then that Town were flying at the time because this guy is a very exciting wing-back, who signed a four year deal with the club who have an option on a fifth. It did not take him long for him to score again for Town against Tranmere Rovers in the game that followed, so not only is he a decent defender and a good passer of the ball, his attributes extend to scoring goals, and this is something the Blues defence has struggled with during most of this campaign.

The third Musketeer who likes to shoot on sight is the very talented local lad called Jack Lankester. Born in Bury St.Edmunds, Lankester grew up supporting the Tractor Boys as a kid, and he oozes quality wherever the club decides to play him. He scored his first  Town goal in a 3–2 home defeat to Millwall 16 months ago. He won the Young Player of the Year award in the 2018/19 season and had it not been for a tragic stress fracture to his lower back, he would have played a major part in last season’s fight to avoid the drop.

In Germany, in pre-season, the medical team discovered another back fracture and his career has been put on hold ever since. Now though, for some good news! Jack is back and I am not referring to the part of his anatomy that has caused him and the club so much grief. He has now resumed full training after being given the all-clear by specialists following a scan – which was conducted in London prior to COVID-19 enveloping us all.

So then, if some, or ideally all of these players truly benefit from this enforced absence, what is to say we cannot make the play-off’s after all? And if we do, then our momentum might just see us promoted in what will be remembered as the season that never was.