When Is An Injury Not An Injury? 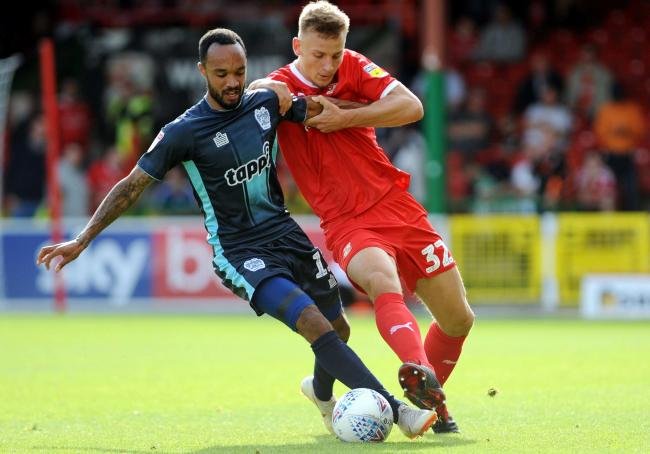 First Flynn Downes was dropped because his head was not right. Then, Kayden Jackson succumbed to an injury that remains rather vague, and now Woolfy has a sick note too! Past experience has taught me not to believe all I read and this becomes much more apparent when it is a football story!

Now I am not suggesting for one moment that Kayden Jackson has not taken a small knock of some sort, but is it really bad enough to keep him out of the first-team picture for so long? The next to fall victim of the training ground bug appears to be Luke Woolfenden. He was all set to play yesterday and then suddenly he was not! A training ground injury is the culprit – or so we are told.

We know that some of the bigger clubs were interested in splashing the cash in his direction, so it is not beyond the realms of possibility that one of those tasty offers is on the table, and being mulled over by owner Marcus Evans? This kind of thing has happened before so it could happen again.

Losing Flynn Downes would be a big blow but it seems almost inevitable now, and if Kayden Jackson finds pastures new too we will just have to live with it but can we seriously afford to lose another key player? In his absence yesterday the Town defence looked very shakey and had it not been for some golden opportunities wasted by the visitors, the scoreline and the result might have been so different. Remember the Latics had seven players making their debuts but they had 90% of possession midway through the second half, and if they had used it more effectively, the Blues would have been in big trouble.

Forget not that Emeka Obi had two free headers thanks to some slack marking from captain Luke Chambers and he should have put at least one of them away. Our defence looked very vulnerable at times and against better opposition, we would have been found wanting.

If we lose Luke Woofenden it will be a much greater loss than the other two. He is so accomplished at the back and is improving all the time so we can only hope that this mysterious injury he has suffered is what it is and not another ‘behind the scenes’ negotiating ploy.