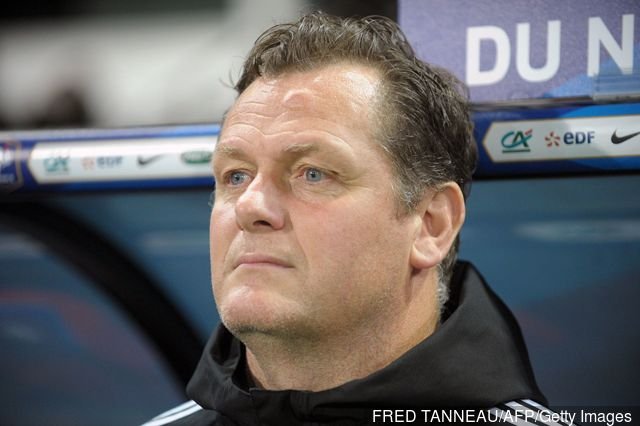 It has been on the cards since before Christmas. Now Ipswich Town must face the painful facts that have led to their sad demise into the third tier. And we cannot point the finger of blame entirely at the door of owner Marcus Evans and his lack of knowledge of the game, which has caused us countless poor judgements but that would not be fair. Yes, he is to blame but there are other factors at play here.

The first mistake in my view was firing Jim Magilton. Where we really performing so badly under his watch? Evans completed his takeover of the club on the 17th December 2007 and he took on on Ipswich’s £32m debt; while at the same time giving manager Jim Magilton money to spend on new players. But was it enough? Well, within the context of what went after him, certainly not, but the Northern Irishman, who played with distinction for the club as a midfielder, was fired as head coach by chief executive Simon Clegg and Mr Evans.

Magilton became Town boss in 2006 and had kept the club in the top half of the division every season after he resumed responsibilities from Joe Royle; who proved that you can still play entertaining football without the financial clout. But that was then and this is now and things have changed in the Championship. Even when he was shown the door almost three years after he took on the job, ‘Magic’ had left the club in a good position just off those illusive play-off places.

Clegg said at the time that what Ipswich needed was a ‘winner’ so he went for a big name with little managerial experience in Roy Keane and what a complete disaster that was to prove! As he left via the back door and more media exposure which he hated, he said that he did not know why he took the job on in the first place as he loathed the colour blue!

Next up was scouser Paul Jewell who was hoping to emulate his Merseyside bed-fellow Joe Royle in conquering this position but he was completely out of his depth and a spending splurge only made matters worse, with overpriced over-aged players largely determining the clubs fortunes. When he went on the 24th of October 2012 by mutual consent, the Blues had gone eleven games without a win and were firmly festooned at the bottom of the table. What we needed was a miracle and we got it in the form of Mick McCarthy. He turned our season on its head and we ended up well clear of the drop zone to the amazement of everyone. It may not have been pretty football but it was effective.

The years passed by and slowly but surely our frustrations grew, not only with our perpetual stay outside of the top flight but the lack of quality in our football. After five and a half years of this, the fans could take no more and nor could he, so a mutual parting of the ways was inevitable. McCarthy later boasted that every club he has left has gone on to get relegated. Does he do black magic by any chance because we certainly seem to be cursed these days?

The Paul Hurst saga – albeit a short one, is very well documented and once again Marcus Evans was at fault. Yes, he wanted to give the supporters what they wanted in a young and ambitious manager with a good pedigree but he backed the wrong horse!

The rest, as they say, is history. We are going down to the third tier of English football for the first time in 62 years – which makes me wonder whether there will be a discount on ifollow next season too? Gate receipts will drop for sure and so too will television sponsorship.

An admirable 23,009 spectators were at Portman Road yesterday to witness what we have witnessed for most of the time that Paul Lambert has been at the helm. Lots of positive football. Lots of energy. A truly committed home crowd. Terrible defending. A toothless attack. Another poor result.

What is next for Ipswich Town football club is anybody’s guess but if Paul Lambert can start on the front foot next season with a few early wins, then he could just replicate what he did all those years ago for the club across the border. It is a big ask of course, but when you support the Blues these days any crumb of comfort largely works.