For Some Social Distancing Is Easy 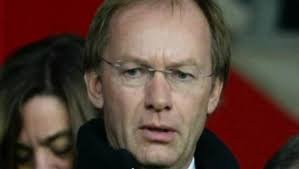 Some might argue that Ipswich owner Marcus Evans has been in self-isolation for most of his life. He has been social distancing even before it became the norm. Is there anything wrong with that? Under normal circumstances probably not. It is perfectly understandable to want to spend time outside the media fishbowl and to concentrate on life with close friends and family. In this respect, I can totally empathise with his desires to lead a quiet and unruffled existence, away from the glare of prying eyes.

But football and perhaps sport, in general, takes an intense disliking to those reclusive types. Popular tabloids are filled with football gossip and the argument appears to be, that if you can’t stand the heat then get out of the boardroom!

Only very occasionally does he face the press, and when he does, it is normally on his terms. Arguably the best interview with him was conducted by Steven Pearce, who is the Media Manager at Ipswich Town football club. It took place in April 2018. What surprised me a little about this long interview was its honesty. No punches were pulled and for an official transmission, the questions did not appear to be doctored in any way. We got to know the REAL Marcus Evans that day and the interviewers’ interrogation techniques were impressive, as he attempted to delve deeper into the psyche of the man. It was a good interview and most onlookers were positive about the detailed answers the owner disclosed.

Not much has occurred since though. Evans has made his feeling felt through letters to the local press but very little else.  He still seems very reluctant, however, to interact with supporters and the community as a whole. And perhaps this is why he gets such a bad rap. Football is as much about the media as it is about the game itself, and most owners realise that you have to embrace it and not deny its existence. Giving Paul Lambert a new five-year contract was baffling to a lot of supporters – including me, but I am a strong supporter in repaying loyalty and I believe it was a very brave decision. What I fail to fathom though is why this decision was not clearly articulated? We never really knew why?

I have often referred to Marcus Evans as the ‘Howard Hughes’ of football and an elusive lifestyle is of detriment to the club as a whole. I get the feeling that Evans is a genuinely decent fellow, who does not let his wealth dominate discussions. But it is only a feeling, as it is about as close as I will ever get to meeting the man in person. What I did get from that interview with Pearce was that he was very focussed individual, who knew what needed to be done for Ipswich Town football club, and that he was completely committed to realising those objectives. There was no trace of arrogance in the man, and instead, just a very clear-sighted view of what was required to make Ipswich great again!

I sincerely want to like Marcus Evans. Really I do. Without his initial investment, who knows where we might find ourselves now? The trouble is that privacy and seclusion do not marinate too well with football in general.  They are very odd bedfellows and the sooner Evans realises this the better for everyone.