Will Curtis Help To Tilt The Balance? 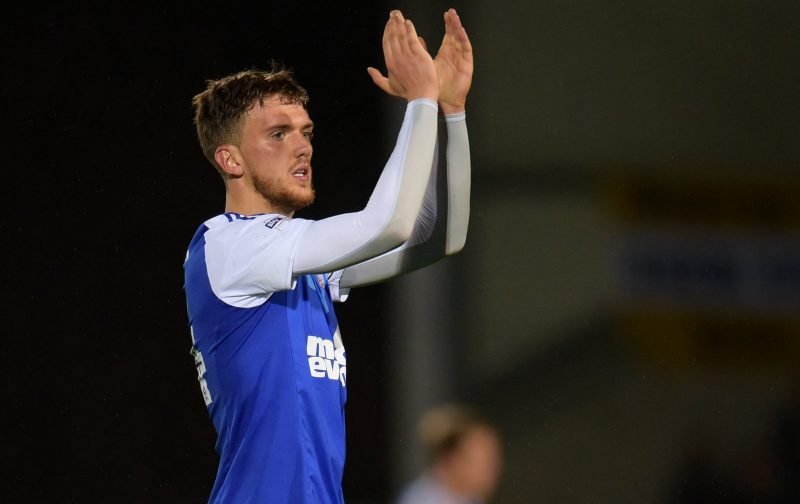 According to The Sun on Sunday, Town hope to sign 27-year-old central defender Curtis Tilt before the close of the loans window on Friday, ending this long saga, that began at the start of the transfer window, when in frustration he handed in a transfer request with Blackpool.

If rumours can be believed, the Blues have reluctantly agreed to pay the 1 million pound asking fee, with the Tangerines chairman not willing to budge on the price. Town had offered 800,000 but this was still not considered to be satisfactory but now it seems both clubs have settled their differences, and he will sign initially on loan before the deal is made permanent in January apparently.

This is a player that manager Paul Hurst has been desperate to get on board and when we see that six of the eight goals that the Tractor Boys have conceded to date have been from set-pieces, more stability in this department is a must. It is not as if we are getting rolled over by anyone but clubs are quick to pick up on other sides frailties and from a Town perspective, this is certainly one!

That said, I have been very impressed with Aristote Nsiala in defence and there are signs too that Janoi Donacien will come good too with time. He is improving with every game and with Luke Woolfenden on the mend as well, we should be in a much better place to face Norwich shortly. I am a bit worried about Bart Bilakowski though. He has been a pale shadow of his former self so far this season.

Whether Curtis Tilt will be the catalyst for improvement at the back is open to conjecture but he is mature enough to cope with the physical demands of Championship football and the Lancashire club have been loath to part with him for good reason.

It was good to see that Emyr Hues got on the scoresheet today for Town’s under 23 side, who drew away at Crewe. Also in a strong Town team were fit again  Luke Woolfenden, Teddy Bishop, Josh Emmanuel and Andre Dozzell. Getting some of these players back in the first team mix will bolster our team spirits and how wonderful it would to see Emry return to the fold. How we have missed his experience in midfield and there is talk that he might find a place on the bench on Sunday if he suffers no ill-effects from today’s excursions.

I really do believe we can beat the Canaries and what a way to get our first win under our belts! There is discernible anxiety around the place at the moment but it will quickly dissipate if we are victorious in this local derby.

Perhaps it is just as well it is not on Sky. Over the last few years, they have been a bit of a jinx and we all know how superstitious football players are!