Who IS The Real Villain At Portman Road? 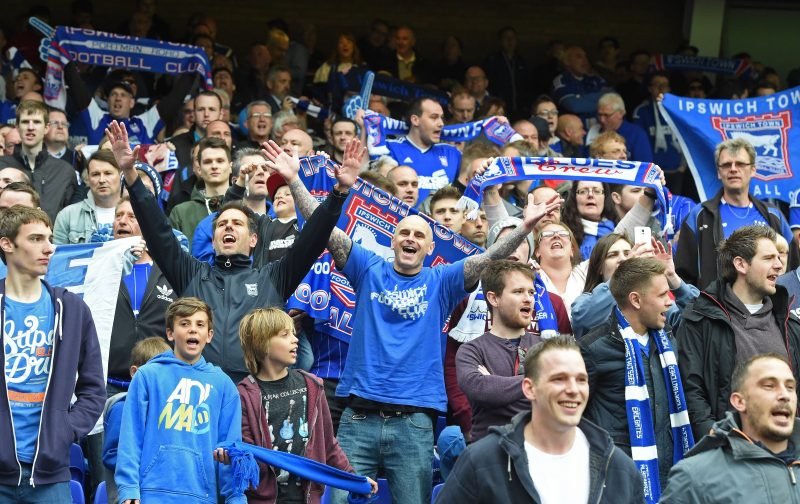 Who is the real villain at Portman Road? Our regular blogger CMC has his own suspicions.

Ipswich moved a point nearer to safety after a 1:1 draw with Birmingham at Portman Road.

Pre-match discussion centred around the absence of a number of our more creative players, including Tom Lawrence and Emyr Huws and the inclusion of the much-maligned Jonathan Douglas.

Mick had not chosen the team many fans would have liked but he was very limited due to a number of injuries. He did, however, include three strikers though so this was not a negative selection given the players he had available.

For most of the first half Ipswich were the better team but as has been the case since Daryl Murphy left for Newcastle, we failed to put the ball in the net. Luke Chambers lead by example and was having a good game at the back and moving the ball forward to the front men at every opportunity. Christophe Berra, by contrast, struggled frustratingly with the crowd and several misplaced hoofs high into the air.

Birmingham took the lead in the second half through Jonathan Grounds and at that point, some of the North Stand lost their patience and started singing about Mick, Ian Milne and Marcus Evans.

Much of the rest of the ground sat in disbelief at what was happening both on and off the field. Would we really get relegated? The atmosphere was horrible and many supporters wondered why they had made what for some is a very long journey to see us lose and to hear our own supporters adding to the problems. Mick looked furious, as he should have been, as most of the problems have not been of his making.

Jonathan Douglas was not the villain today and did the job he had been asked to do. In my view, the nearest thing to a villain was Ian Milne, who has started giving interviews in which he is clearly criticising the manager and defending the owner for his lack of spending.

At the start of the season it is true that we had a good squad but not replacing our centre-forward, completely upset the balance and it is this which has caused our downfall. Mr Milne’s criticism is as unhelpful as is the North Stand’s berating of Mick, who has largely had his hands tied.

Thankfully a lucky cross from Grant Ward ended up in the net and we got a deserved draw. We did not play badly but we don’t have a centre-forward and haven’t done for most of the season. So drawing games and scoring few goals is about right isn’t it?

We all return to Portman Road on Tuesday evening and a win against relegation-threatened Wigan should see us safe for this year. Then the question will be not whether we have a new manager but whether the owner will provide funds to give us a chance to get out of this division?

We are the 16th highest spenders in the Championship and we are in 17th place – so that’s about right isn’t it?

I feel sorry for Mick and Terry and expect them to leave; along with the likes of Jonathan Douglas. These are easy scapegoats though although they have done their best for the club, as has our much-criticised captain who still doesn’t have a new contract!

Come on Marcus. Continuing as we are is not an option and this is not a happy place for any of us. And as for Ian Milne, well, he is stirring up trouble and not backing either the team or the manager. I would like to know whether he is speaking for himself or whether his words are from the owner himself?

Whichever it is, this is not helping the team or the management and along with the outrageous and misconceived rise in ticket prices for next season, shows they are out of touch with Town fans who have supported the club for many more years more than they have been associated with it.

Let’s have a good atmosphere on Tuesday and build for next season.