Where Will This All End? 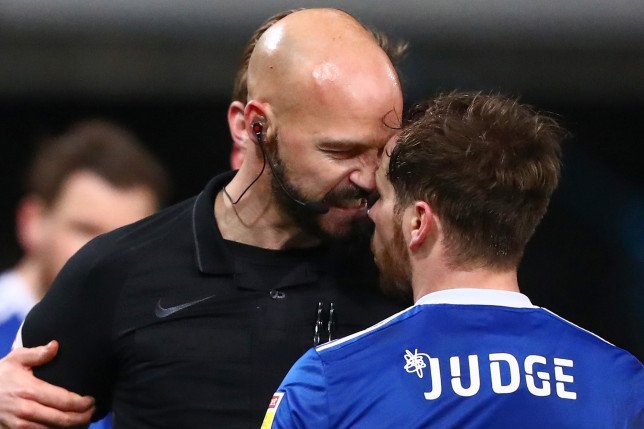 It has been going from bad to worse for some time, but last night was not just a dream, it was a real-life living nightmare! So much for dreams eh. I was not even close, and I paid for my sins at the two online betting websites I use regularly. There is no more money on my accounts any more, and I have no desire to change it any time soon.

Back to last night’s match at Portman Road and I have to say, it was the most depressing Town performance I have ever witnessed. Even referee Darren Drysdale lost his cool and came mighty close to head-butting little Alan Judge. In fairness to Judge, he was about the only player playing with any passion in a Blues shirt – apart perhaps from Flynn Downes, who saw red again.

As you all know, I have defended manager Paul Lambert for as long as I can remember, but if I was a defence lawyer arguing his corner, I would seriously struggle to be able to mount a serious challenge to the well-held perception that he has to go. This is the saddest period I have ever suffered as a Blues supporter of more than half a century.

It pains me to say it, but something has to change and change quickly. Manager Paul Lambert has suggested that the buck does not stop with him entirely and that there is an awful lot of bad blood and dissatisfaction going on behind the scenes. He was vague about the details, as he is with most things, but after last night, I am beginning to wonder how many of his squad actually want him to stick around? On last night’s showing, it does not appear to be too many.

Mick Mills referred to last night’s performance as “sad.” Deplorable is another word that aptly sums up this collective no-show, and we all have to ask ourselves where on earth will all this end?

6 Replies to “Where Will This All End?”