Things We Know About Our New Record Signing 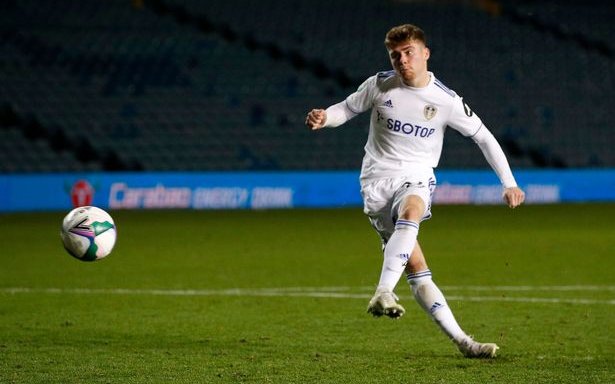 Ipswich Town have signed Leeds left wing-back, Leif Davis,  – just in time for Saturday for over one million smackeroos, and beating both Celtic and Rangers in the process!

The fee is said to be around 1.2 million – but with add-ons worth another 300,000,  it will be the biggest fee paid by any third-tier club this summer!  Newcastle-born Davis was with Morecambe’s youth set-up before going to Elland Road. He was on loan at promoted Championship club Bournemouth last season, but he has less than a year remaining on his current Leeds deal and little chance of playing for the Premier League club next season it is thought. We cannot forget though that he helped The Cherries gain Prem promotion again, and was highly regarded by this south coast club. The 22-year-old full-back has signed a three-year deal at Portman Road, with the Blues having the option to extend his contract by a further 12 months.

A bad injury to Leeds left-back Junior Firpo threatened to scupper any deal, but Leeds manager Jesse Marsch has agreed to let him go. He made fourteen appearances in a Whites shirt and two in the Premiership, where former boss Marcelo Bielsa rated him very highly. How this signing with impact on wing-backs Matt Penney and new boy Greg Leigh remains to be seen but Town manager Kieran McKenna is focused on having sufficient strength in depth, and he is still on the lookout for another forward – or an attacking midfielder, if Bersant Celina does not return.

So what do we know about our new record signing?  He is very left-footed for a start. Then again, I know that left-footers get a bad rap from predominantly right-footed players – although we rarely notice when the ball is on the other foot! He has soft silky skills, he can find a good pass, and is technically superior to a lot of defenders at this level. He also has attacking attributes too, which will give our side much-needed balance on both flanks. I think he will fit effortlessly into our team. Come On You Blues!