We’re Not Far Off A Sunday League Team 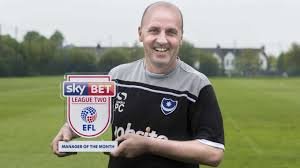 Whatever you happen to think about manager Paul Cook, one thing you cannot deny is his honesty. After another abysmal showing at Portman Road yesterday, his comments afterwards to the media summed up precisely where we are at.

“I’ve never seen a team play like that. I’ve never seen a team lack every quality on a football pitch, including the biggest one, honesty.” He went on, “I just feel like we’re not far off a Sunday League team that has won a cup to come and play at Portman Road. Are you with me?” We most certainly are Paul! That is six games without a goal and more than ten hours of football since we last scored one. By anybody’s standard, this is an appalling stat, and once again, we rarely looked like scoring throughout this encounter again.

Where do we go from here? Well, Cook has a few tricks of his own up his sleeve on that front. He has arrived at the view that a lot of the players don’t deserve to grace the shirt and the wonderful history that this club has provided us with. ” The way my team is playing at the minute I’ll be out of work again pretty soon. That’s not me. I don’t represent the football club like that.” The manager knows that unless there is a complete clear-out and quickly his job is on the line.

The Blues were so poor yesterday that it was rather complimentary to compare them with a pub team. I played for a pub team, and although most of us were recovering from hangovers when we put our boots on, and others were sick at the side of the pitch, we always gave it our all. This lot don’t give a monkey’s and have been wrapped up in cotton wool for too long.

I applaud Paul Cook for saying it the way it is. He sees it from a fan’s perspective. The lack of passion and determination from his players has left him completely dumbfounded. Cook said on the subject this; “I’m the manager of this football team and I can’t stand watching us play. That breaks my heart. That team does not epitomise what I like about the game. It’s the total opposite.”  And he is relieved too that there were no supporters there to witness this debacle and felt sympathy for anyone who had to suffer it.

“I find it really baffling and really strange that we all have the privilege to be at this club and we turn up and out in a non-performance like that. I feel sorry for our fans watching on iFollow. I think Marcus told me there were 10,000 watching some of the first games. I wouldn’t want to know the figure now because I’m sure the fans have something better to do than watch us.”

I was one of those. Next time I might find something better to do with my time. Life is too short to waste the remaining years of my life watching this rubbish.