We Should Stay Here And Rebuild 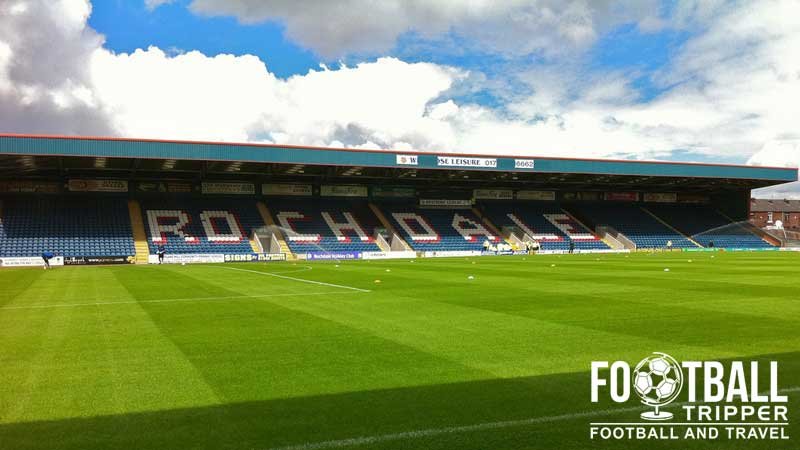 Ipswich Town is going nowhere quickly – except perhaps backwards, and that is why we should stay here and rebuild. I know that not all of you will agree with me. Some of you will say it is insane not to look for promotion in whatever guise it takes. After all, isn’t this why we follow the Blues? We need success as badly as Covid needs vaccines.

You are right, of course, to want to see us back in the Championship without further delay, but at what cost? This squad is quite frankly not good enough. We need to rebuild under new boss Paul Cook, and this won’t occur overnight – regardless of whether we have new investors or not. These things take time, and if we were to somehow sneak back into the league above, we would come straight down in a shot. Our fragile personality as a club could not handle this. It might even mean we could plummet further down the football pyramid with no sign of a safety net.

Having supported this club for more than half a century, I have never known things to be so bad. If confidence can be measured as around 60% of the whole package, then as a group, we are in a very shaky position.  As a squad, we lack collective self-belief, and this is not something we can overcome overnight. I think one of our problems could emanate from an area that should be a source of inspiration. Captain Luke Chambers is as committed as ever to the cause, but he is not getting any younger, and in the absence of supporters, you should be able to hear him barking out instructions, but these days sadly, he seems to be as quiet as a mouse!

Whether this is because he has lost the confidence to direct proceedings as his own game is failing is hard to detect? One thing is certain. He is not the fist-pumping Luke Chambers of old. He accepts things have not been easy of late. “It’s been a tough year for everyone. The football environment has changed massively. The landscape for players coming out of contract is not what you want to have, but we find ourselves where we are and we just have to handle it game by game. We’ve got nine games to go and we’ll be looking to crack on on Monday and be really positive and try and take the game to Rochdale.”

The game tomorrow is another potential banana skin. The Dale have only won seven league games so far, but they are score more goals than most in this division. And for all those losses they have still scored six goals more than us, and with our defensive vulnerabilities becoming more and more apparent, this game is dangerous. If they score, do we have enough in our locker to strike back?

Rochdale find themselves at the bottom of the table, so if Town still has aspirations of getting into the playoffs, then they really have to win tomorrow afternoon. Simply put, nothing else will do.