We Are Still In Intensive Care 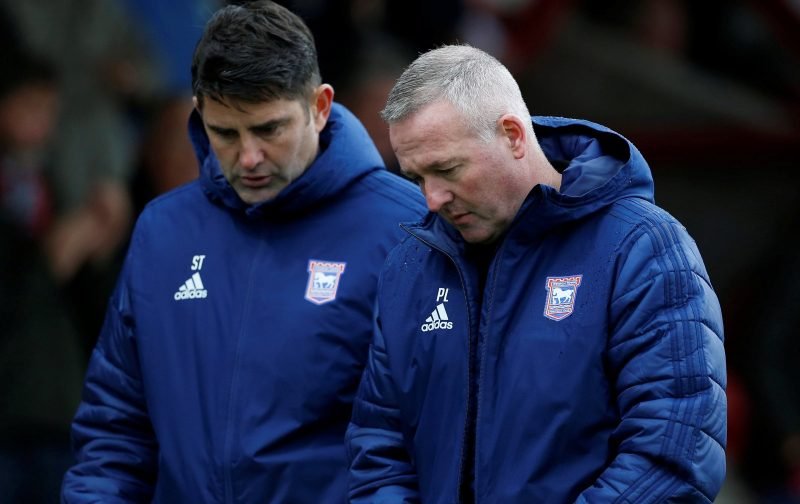 Yesterday’s goalless draw at Portman Road told us two things. 1.Our defence is a lot more sound with James Wilson in it. 2. We still cannot score. The performance was much improved against Oxford, but the result was the same. Northampton Town should have beaten us, but they struggle to score goals just like ourselves.  In fairness, we did create more goal-scoring chances against a side that still has promotion aspirations, and yet when the final whistle blew, we had not found the net again.

We could place Town in a critically ill condition at the moment. Our manager seems to be hanging on to his job by his fingernails, and our owner is absent without leave. The result yesterday did nothing to allay fears. In fact, it may have made things even worse! Draws these days count for very little because they are only worth a point. Two home games and two points are only marginally better than two defeats. Whether a crowd would have helped is debatable. Certainly, under the ‘new normal’, there are more away wins than ever before but would the Portman Road faithful have helped our cause? Given the mood here at the moment, it is very unlikely.

On the plus side, it was good to see James Wilson back in the side for the first time since October. He is right to suggest that the Blue Action protests last week were unhelpful, and burning an effigy of the manager outside the training ground, is totally unacceptable in my view. We all feel frustrated with life as a Town supporter these days, but there are more effective ways of airing our views. An open letter to the owner would be a better way of addressing our misgivings. That said, I am quite sure that Marcus Evans knows that his five-point plan has fallen onto stony ground.

I will leave the last few words to the excellent James Wilson. Speaking of the protests he said this. ” I think it’s completely unhelpful, to be honest. Obviously, the fans have got their opinion – that’s great – but I don’t think that’s the way to go about it. That was before the Northampton game when we had the youngest side we’ve had out all season. So, yeah, it’s not helpful.”

2 Replies to “We Are Still In Intensive Care”