We Are Only Going Through The Motions 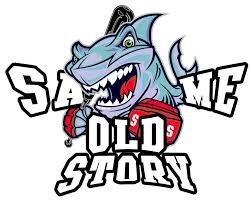 A regular reader and contributor to this column is a man called Richard, who is Suffolk-born and a Town fan since 1962. He has questioned that at our time of life, will we ever see Ipswich Town seriously striving for success again? The clock seems to be going backwards these days and forward-thinking people among us might argue that the hedonistic chapter of the Ipswich Town story lives only in our past.

With reference to the most glorious period in Town’s football history, this is probably the case. Football is big business now and it seems highly unlikely that we could ever replicate the golden years of the mid-seventies and early eighties. In 1977, and again in 1980, the Blues finished third in the top flight of English football trailing only behind Liverpool, Manchester City and Manchester United, and of course, Town were runners up in 1981 and 1982 to Aston Villa and Liverpool respectively. This was, without doubt, our heyday and the most pleasurable time that I have ever experienced as a dedicated Tractor Boy!

Strange then to think that since its inception in 1992 Liverpool have not won the Premier League. They came mighty close last season and any discerning football supporter would surely say that they thoroughly deserve to this time. It would be the cruellest of blows to the club if they didn’t, as they currently hold an impregnable 25 point lead at the top of the table. Only die-hard Evertonians would want to deprive them of that honour but thanks to Covid-19 there is nothing certain in football anymore. We just do not know when the season will end – or even if it will? In Belgium, France and the Netherlands they have called the whole thing off and the clock is ticking in the UK as well.

Back to Ipswich, and I suppose what Richard, myself and other life-long supporters want to know is whether Town will ever progress to the point that our journey through the leagues will add spice to our lives once more and make weekends worth living for? After over twelve years as the owner, Hammersmith born Marcus Evans has done little to inspire belief. On the contrary, he has consistently proved how unsuited he is to football by making cardinal errors in terms of recruitment and his parsimonious financing of the club throughout his time here. Under his ownership, we find ourselves in the third tier of English football for the first time since 1957, and well adrift of those play-off places. Declaring this season null and void would at least spare us any further suffering.

I think what all Ipswich Town supporters want most of all is to see a few shoots of recovery. Is Paul Lambert heart still in it – or at his time of life is he simply going through the motions? I genuinely want to believe that all of this is wrong and that Marcus Evans and Paul Lambert are truly committed to the cause and they will prove all their doubters wrong, but ever since Evans took over, he has only managed to chip away at our proud history with a series of erroneous decisions that have cost the club so dear.

From the moment he appointed Simon Clegg as his Chief Executive Ipswich Town appear to have gone backwards. We had the Roy Keane saga and a manager who hated the colour blue. We lost top goalscorer, Daryl Murphy, without replacing him when we were on the verge of possible promotion.  Paul Jewell splashing the cash on journeymen who were more in love with their last big pay cheque than Ipswich Town football club. Almost from day one, a catalogue of errors has added to our woes, and the pain endured by supporters shows no sign of abating.

We are all realistic enough to know that we will never have back what we had before. Richard and I were lucky enough to have witnessed the ‘golden years’ and I feel genuinely sorry for younger Town supporters who have not enjoyed anything that remotely resembles this.

But football would not be football if there was not an element of surprise about it. The best we can hope for is some light at the end of the players’ tunnel. We will never be the Ipswich Town of old but if we could start to play attractive football again and get back into some winning ways, it would be an encouraging start at least.