Waghorn And Lawrence Back For The Rams 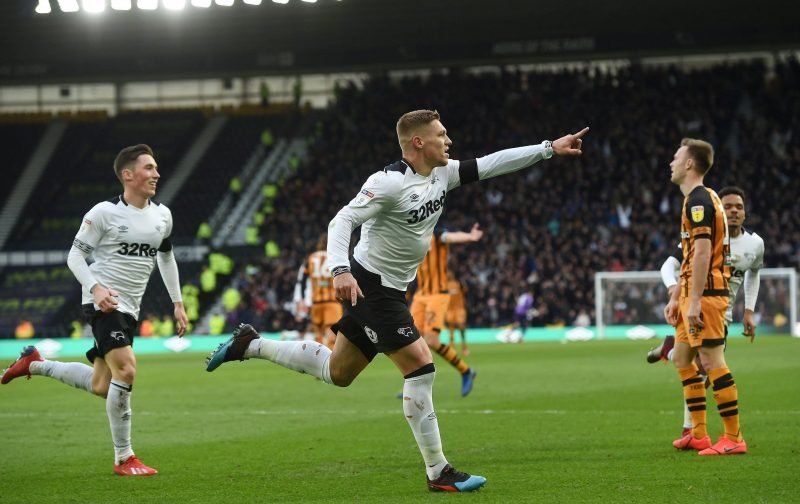 It could be another long night at Portman Road this evening when bottom of the table Ipswich Town take on in-form Derby County. The visitors will have in their squad former Town favourites Martyn Waghorn and Tom Lawrence whilst given our dearth of goals this season how we could do with have one of them! To make matters worse, our top goal scorer Freddie Sears is out for the season and beyond, and even though he has managed just six of them, it is almost a third of our grand total!

Our lack of fire-power up front has been the main reason why we have lost games we really should have won, and why we find ourselves firmly anchored at the foot of the Championship table. Manager Paul Lambert thinks it is staggering that we off-loaded so many of our strike force that brought us the goals last term and he is particularly scathing about the way Martyn Waghorn moved to Derby County for such a relatively small fee.

Waghorn, who cost just a £25,000 from Rangers, netted an impressive 16 times in his debut season for the Blues, only to be sold in August for what can only be described as peanuts. This season the Blues have only scored a paltry 19 goals in 31 matches and yet when you take away the goals that we accrued last term through Waghorn, Garner, Celina, and McGoldrick it amounts to almost 50 goals!

Is it any wonder we are struggling to score and Lambert was flabbergasted when the stats were revealed to him. “Was it 45 goals that went? That’s unbelievable why that happened. Whether the lads wanted to leave for one reason or another I don’t know, but if you lose 45 goals out of your team it doesn’t stack up.” He was especially aggrieved with the transfer of much loved Martyn Waghorn and added, “I don’t know the lad well, but he’s always been a proven goalscorer and to go for that price beggars belief.” Marcus Evans hold your head in shame.

Frank Lampard is the new boss at Derby County and if our owner had known a little bit more about football after ten years at the helm, then surely he would have offered him the job! Instead, he went for little known Paul Hurst and the rest, as they say, is history.

The bad news is that Ipswich have lost each of their past four home Championship matches against Derby County since we won  2-1 back in March 2014. The good news is that Derby haven’t completed a league double over Ipswich since the 1986-87 campaign!

And Lampard is wary of complacency setting in tonight.  “I’m trying to feel the momentum of five games unbeaten as it can stop very quickly.” Let us hope he is right and with a big crowd expected at Portman Road this evening, we can certainly expect the noise levels to increase.