Two Down One To Go 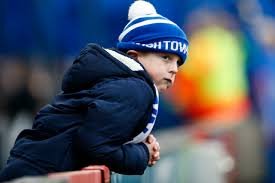 League Two clubs have already thrown in the towel and declared this season null and void, but what about League One? What are the prospects for that? After yesterday’s conference call ended in a stalemate, Peterborough United chairman Darragh MacAnthony insisted the fight to play League One to a conclusion, is still very much on the agenda and this despite a number of League Two clubs voting to bring their 2019/20 campaign to an early end.

League One clubs will meet again on Monday after they failed to arrive at a consensus on just how this Coronavirus riddled season will end. Last night, it emerged that there were as many as 11 clubs in total who were in favour of playing the campaign to its conclusion, and remember, thanks to Bury Town’s winding-up order, there are only 23 clubs in this division these days so the situation is very finely balanced.

If you recall, Darragh MacAnthony had said on Thursday prior to the meeting that there were only six clubs who wanted the season to continue and they were; Oxford United, Fleetwood Town, Portsmouth, Sunderland, Peterborough United and Ipswich Town. Strangely only Sunderland and Ipswich are outside those play-off places but the Black Cats are in seventh and are seven points ahead of the Blues. A joint statement on Thursday on behalf of all the above-mentioned clubs said they had “no desire for voiding the season, points-per-game scenarios or letting a computer decide our footballing fate”. Brave words indeed.

So then, in the space of fewer than 24 hours, the clubs that wanted to complete the season appears to have almost doubled from 6 to 11, and just one more vote in favour of prolonging the season might just be enough to swing the vote entirely the other way!

Rochdale, who find themselves in 19th place and just four points off the drop zone, are completely against continuing and their Chief executive David Bottomley, wants Rochdale’s fellow League One clubs to end the season and not make decisions “stemming from financial greed.” He the said defiantly, ” With every day that slips by, the likelihood of allowing players a three-week mini pre-season and then resumption and finish of the season by 31st July diminishes.”

And Bottomley was guarded against such ambition, “We also believe that the potential excessive costs of testing staff and players twice per week, the ability to travel to away games whilst observing social distancing, and the very clear moral issue of why can the football industry be tested at a time, when clearly those tests are not available to all key workers, make it even more difficult to resume.”

I have long been in favour of annulling this campaign and wiping the board completely clean, which I still believe is the fairest way forward. If we continue, just for the sake of monetary considerations, then we are doing so at the cost of our moral compass.

In reality, the Blues are unlikely to win all their remaining eight matches; which is what they would probably have to do to stay in the chase. Town owner Marcus Evans wrote to EFL chairman Rick Parry on Thursday night saying: “The focus should be on how we finish the season and not how do we end the season on an incomplete basis.” It looks as if his request has not fallen completely on deaf ears.

In a statement issued after yesterday’s meeting, the EFL stated that, due to the mixed views throughout League One, ‘innovative and creative’ solutions would be needed in order for the future of the season to become clearer.

Peterborough Chairman Darragh MacAnthony told Talk Sport that they had not given up the fight.  “We will fight to the end. There are still things to debate and there are some mid-table clubs open to backing us. The fat lady is not singing yet!”

Sunderland manager Phil Parkinson was in broad agreement with MacAnthony and said boldly, “I think the fairest thing is, we would like to play the season to a finish, but another solution could be that teams who don’t want to play, and you can understand why teams in mid-table wouldn’t, – don’t play.”

This would, of course, bring the Tractor Boys back into the frame but this is highly unlikely to happen. Just as it is highly unlikely that if the season was to kick off again, ( in whatever shape or form this was would take) Ipswich would be any the better for it.