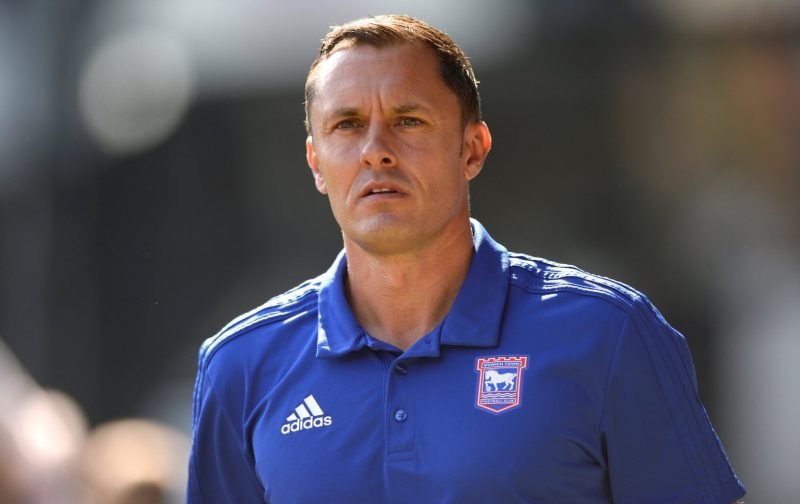 With the current season still feeling the effects of lockdown, I thought we should look at the ten deadliest sins committed under owner Marcus Evans. In his twelve and a half year at the helm, we have fallen further and further behind our competitors, and here are the reasons why.

1. Appointing Simon Clegg as the Chief Executive was an almighty clanger and it occurred shortly after Evans bought the club in December 2007. Clegg had been Chief Executive of the British Olympic Association but left after the Beijing Olympic Games. This man was very much at home in other sports such as skiing and athletics but was way out of his comfort zone in the world of football, and was the voice in the ear of Evans when Jim Magilton got the chop.

2. Recruiting Roy Keane as the new manager was another major gaffe. In fact, of all the mistakes Evans has made over the years this was arguably his worst. Keane lasted just 18 months, but in that time did untold damage to Ipswich Town Football Club and it was the start of when the rot set in.

3. Allowing Keane to sell Jordan Rhodes highlighted once again just how little Evans knew about football – along with recruiting Roy Keane in the first place.

4. Hiring Paul Jewell in hindsight is now seen as poor judgement. He was an affable guy but he bought too many journeymen at inflated prices and they viewed Ipswich as their last big paycheque before hanging up their boots. Jewell had done well with Wigan before but struggled to come to terms with expectation.

5. Employing Mick McCarthy with the mandate to save us from relegation but NOT any cost! When ‘Mick The Man’ took on the job he knew that money was too tight to mention, and in his first few seasons worked wonders with very limited resources. He was not, however, hired to produce entertaining football and it was inevitable that in the end, supporters who were cool to him from the outset, would reject him.

6. McCarthy was forced to sell his leading scorer Daryl Murphy to Newcastle United in August 2016 and just one year after his 27 goals haul in the Championship. That was bad enough but not giving McCarthy the money to find a suitable replacement still ranks as a cardinal sin.

7. In May 2018, Evans hired Paul Hurst as the new Town manager and what a disaster that was! It surely proved that after 11 years running the show, Evans still knew naff all about football! One would have thought he might have learned something after the Roy Keane debacle but this decision proved that he was still living in a parallel universe and the cost of waiting so long to get his supposedly number one choice, meant that we had little time to prepare for the new season.

8. One of the four candidates that managed a second interview one of them was Frank Lampard. He soon discovered, however, that when it came to money, the Evans bank was always closed and he was forced in the end to look elsewhere.

9. Giving Paul Lambart a new five-year contract when he took the club down to the third tier of football for the first time in more than sixty years, still ranks as one of the most bizarre decisions ever made. Only time will tell whether this will be defined as a cardinal sin or not, but Evans track record is not good.

10. Evans is ranked 188th in the UK’s Rich List and yet his parsimonious ways have cost Ipswich Town dearly over the last decade or so and although he threw money at the club in the early days, this seems a very long time ago now. Admittedly, he had his fingers burned because of his very poor recruitment policy in employing Keane and Jewell, but his five-point plan is no nearer to reaching fruition than it was when he first suggested it in January 2019.

He said confidently at the time, “I believe if we follow the strategy outlined, then we will not be that far away from competing, once again, at the upper end of this league.” He was, of course, referring to the Championship then, and as we sit in tenth place in the league below, it seems to be a case of so much for that bright idea!