Town Finally Get Their Man 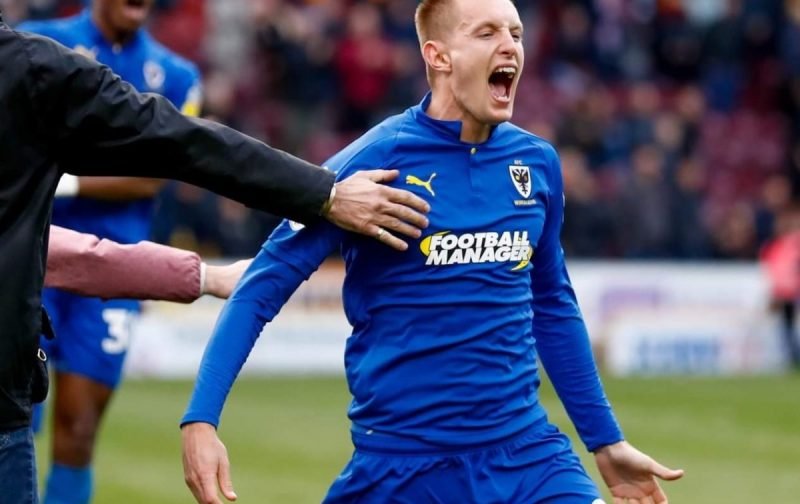 I recently spoke of the need for Town’s Chief executive Mark Ashton to get a move on in the striking department, and he must have heard me because this is exactly what has occurred today!

Better still, the forward we have signed is the forward I have always wanted the club to sign. At 27, Joe Piggott is the perfect fit for Ipswich Town.  With Wimbledon, he was a prolific goalscorer, netting 47 times in 147 games and with Maidstone even earlier in his budding career, he scored 17 goals in just 45 appearances. Today he signed a three-year deal with the Blues on a free transfer.

So then, what more do we know? Well, he is 6ft 2 inches, is good on the ground, as well as in the air, and Town manager Paul Cook is a big fan! “To get a lad of Joe’s quality across the line is an absolutely massive plus for everyone at the club. Twenty goals last season speaks volumes for itself. The reality is that if you don’t score goals, you won’t win football games. To get someone of Joe’s calibre in, with his goalscoring record; we’re all excited and looking forward to working with him.”

And Mark Ashton was also very chirpy on the subject and said, “We have been competing with Championship clubs for Joe, so we are obviously delighted that he has decided to join us. It’s a show of support for what we are trying to achieve at this football club that he has committed his future to us, and we wish him every success here.”

Make no mistake. This IS a very good signing! He is not too young, and not too old, and in many ways the perfect age to realise his full potential. I was beginning to worry when things went a bit quiet on the subject that perhaps Town had lost interest – or had lost out to a Championship club, so I am truly delighted with this news.

It confirms to me that our club really does mean business. I cannot wait for the new season to start, and with a few more tweaks here and there, I think we stand a very good chance of promotion.

4 Replies to “Town Finally Get Their Man”