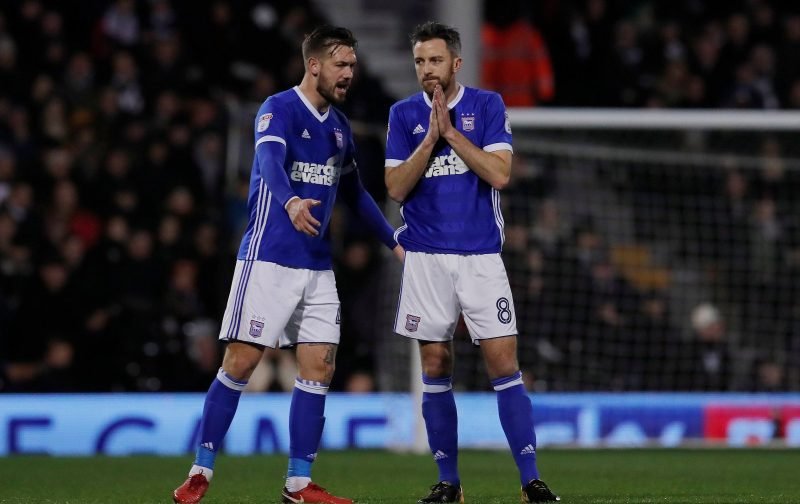 At thirty-three, Cole Skuse is no spring chicken but like a good wine that matures with time, he seems to get better and better with age. He will be thirty-four in March so the experienced midfielder must be a little concerned as to his future, with a young family and a settled life here in Suffolk.

I have heard from a very reliable source that a new two-year contract is in the offing but the club does have a one-year extension pencilled in already. This season has arguably been his best yet in a Town shirt, and with Flynn Downes now a regular in the first team, he seems to have found the perfect foil. Downes is a bit more adventurous going forward, as we witnessed so vividly with that flying header against Shrewsbury Town, and this, of course, gives Skuse licence to play his preferred game, which is in front of the defence marshalling affairs.

Critics might argue that as a midfielder he is far too negative, preferring to pass the ball sideways or backwards but when he picks out a forward pass, it is usually a good one, and he galvanises the middle of the park with his strong tackling and the excellent way he breaks up attacks from the opposition. Golas are obviously not his forte but on the rare occasion that he does forage forward, he has a mean shot on him when it occasionally finds the target!

Some people in the game think he could play until he is forty and in fairness, he has rarely suffered long term injuries. He told the East Anglian Times that he still feels as fit as a fiddle. ” I’m 33 but that’s just a number. I still feel as fresh as I did when I was twenty/twenty-one. ”

Armando Dobra is also in his last contracted year at the club, but his performances of late will surely have the club getting him to sign on the dotted line, and I would expect there would be contract extensions too for Andre Dozzell, Danny Rowe and Gwion Edwards.

And I will leave the last word to the great man himself. ” We’ve been here six years and we’re at the point now where this is home for us. If I can finish my playing days here we’d all be more than happy.”