Time To Test The Water 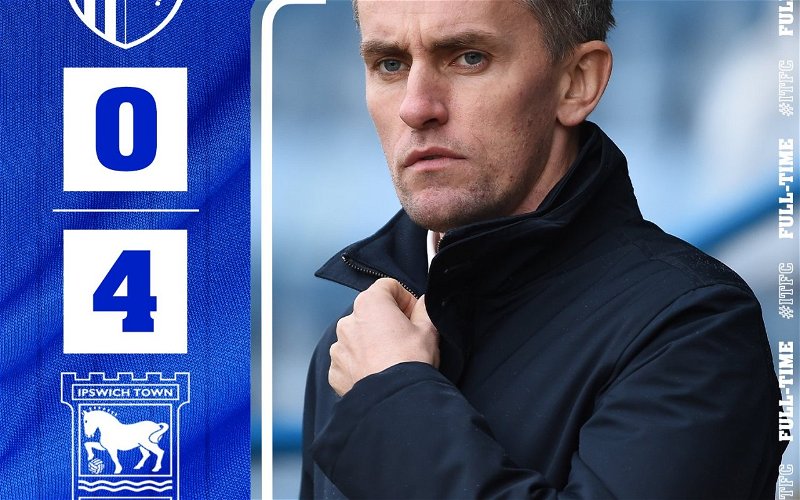 Ipswich Town has fallen to 11th in the League One table after that midweek draw at home to Wigan Atheltic. It was not the performance that was disappointing, but once again, we failed to pick up all three points, and we have turned this into a bit of a bad habit of late. We should have beaten Oxford United but for that late sucker punch, and we did the same more recently at Shrewsbury Town.

Under McKenna, we are failing to get over the line, and it was much the same under Paul Cook at the beginning of the season. This is a mental thing. As a squad, we seem to lack the desire to put the game to bed. We only have to take a page out of the Liverpool book to see that good sides don’t let leads slip away. On the contrary, top teams are hungry for more goals, and the best form of defence is invariably attack! We so often get a goal and sit on our laurels. This is the recipe for trouble, and our opponents know it and exploit our vulnerability with relish. They smell blood simply because we have given them a taste of it!

I hope that McKenna keeps the same side that started against Wigan Athletic and who played superbly in the first half. To go one goal down was a travesty of justice, but it was good to see us fight back before eventually reverting to our old ways. This would mean that Macauley Bonne would get another start upfront. I don’t see why not because when James Norwood came on he was absolutely useless. He was profligate with his passing too, which is something that Bonne generally is not. Joe Pigott might be worthy of another go, but not as a lone striker.

And our team should try to observe how many times goals are scored as a direct result of deflections. Even in the top flight of English football, this occurs regularly, and if you don’t shoot you don’t score. Tomorrow we face Crewe at their place, and the Town will be supported by another 1,300 travelling fans. It says everything about our ambition as a football club, and how manager Kieran McKenna has got us playing entertaining attacking football. All we need to add to this is some goals. Crewe have nothing to lose, and nor do we, so it is time to test the water.