This Striker Will Be Gone By January 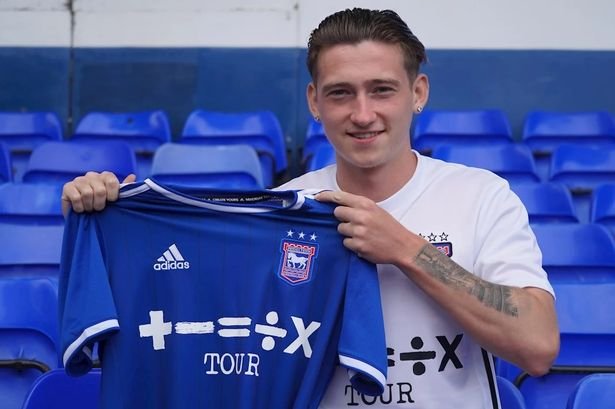 Now, I know that this will come as a big disappointment to some of you – and especially, I guess, to the player himself, but here is a Town loan player who won’t be here come the New Year.

Louis Barry has been hardly tested. This is partly due to a niggly injury that kept him out of a lot of games, and as a result of the wealth of striker talent manager Paul Cook has at his disposal.

It is a real shame, but if Cook won’t even put him on bench-warming duties these days, then there is little hope for the player. He started against Burton Albion in mid-August, and then was demoted to the bench before an injury curtailed his progress yet further.

He will still get some game time in the Papa John’s Trophy for as long as we stay in it, and that will be that. I cannot see him forcing his way back into the team, but he does have time on his side, and this is all part of the learning process.

Birmingham Live’s Ashley Preece said, as early as the 6th of October, that Villa are likely to recall the 18-year-old sooner rather than later and this has obviously been influenced by a lack of game time. It is very understandable. You don’t want a player to go out on loan if he is not playing at a level that will not improve his skills, and with respect to the under 23 team, this will not advance his career.

There is talk that he might go down the league pyramid to get a game. League Two seems a real possibility, and the talk is that will be his next move.

Former Villa favourite Gabby Agbonlahor told Football Insider that he was not impressed. “Every time I check, I don’t even see him on the bench, never mind starting which is very strange. This loan will not put him off. He just has to go somewhere where a manager will play him week in, week out. If that’s League Two, rather than League One so be it, at least you’re getting games.”

He has a point. The kid is still young and serving his football apprenticeship. He has already been loaned out to Barcelona before Villa signed him for a fee of around £880,000. He spent ten years with West Brom too, before the Spanish giants started sniffing around.

All it leaves me to say is good luck, Louie. I don’t think you got a fair bite of the cherry here, but I feel sure you will go on to better and bigger things. Sadly, it won’t be with Ipswich Town.