This Man Brings The Game Into Disrepute 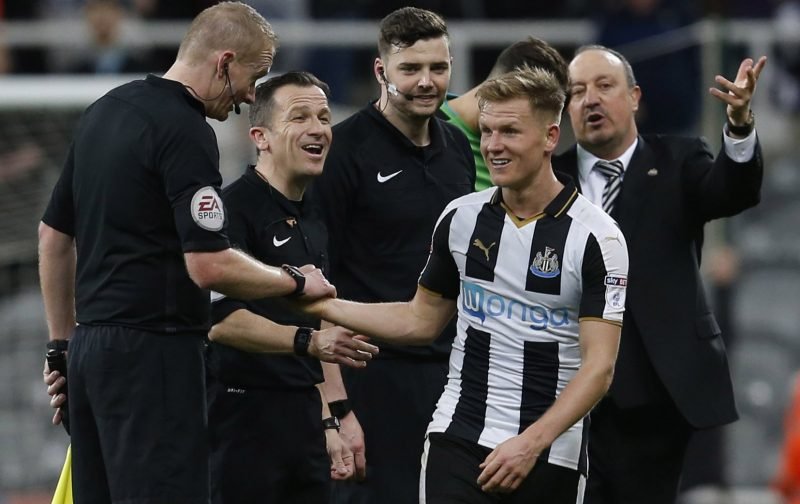 Bringing the game into disrepute was a term used regularly not so long ago by the Football Association, and I think it is about time it was re-introduced. Once again on Saturday, our old nemesis Keith Stroud was the man with the whistle, and once again he blew it for all the WRONG reasons!

If you recall in April 2017, Stroud wrongly awarded an indirect free-kick to Burton Albion after Dwight Gayle had encroached into the box, when the rules clearly state that he should have ordered Matt Ritchie to re-take his penalty. Stroud’s personal penalty was a 28-day ban; along with his officials, and the catalogue of errors that have accompanied this dreadful referee has continued unabated ever since. Everton’s Marco Silva lost his cool with him and almost got himself banned, and in his first game back in action after his month ban, he enraged Peterborough supporters with his poor decision-making, and our Vital Posh reporter Mark Lea reminds us why the home fans were so incensed.

Fast forward to later in the match in an identical situation but the roles were reversed. Leo Da Silva Lopes was clattered and received treatment while the Bantams player was cautioned. For some unknown reason, Da Silva Lopes was ordered off the pitch after his treatment!’

I suppose the only consolation here is that Stroud is consistently bad and it is not just Ipswich Town who are the victims, but as Terry Hunt pointed out in the East Anglian Daily Times today, he is with doubt the worst referee on the books since Welshman Clive Thomas, who in the 1975 FA Cup semi-final replay against West Ham United disallowed two perfectly good goals from Town midfielder Bryan Hamilton, to the astonishment of the Stamford Bridge crowd.

Not only did Stroud disallow a perfectly good goal from former Town striker Daryl Murphy, he decided to level things up by mysteriously disallowing that Jon Nolan goal midway through the second half. Not content with that, he turned a blind eye to Town’s late penalty appeal when Kayden Jackson was clearly manhandled in the box and then decided to blow for full time before Ipswich could take a corner. He was also the ref that turned down another stonewall penalty when Collin Quaner’s goal-bound strike was swept off the line by a defender’s trailing arm at Villa Park.

I don’t hear the phrase ‘Bringing The Game Into Disrepute’ anymore and yet when it comes to abysmal officiating, this term certainly still applies.