This Lot Will Be Shown The Exit Door 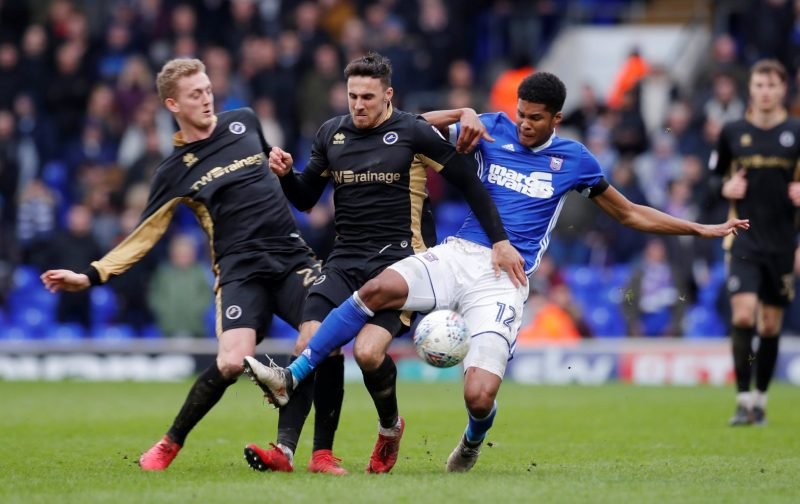 On Monday, manager Paul Lambert will officially announce which players will be told to pack their bags but we largely already know who they are!

First out the door will be former canaries man Tom Adeyemi, who has not kicked a ball under either Paul Hurst of Paul Lambert this season and was out for a large chunk of the Mick McCarthy era too. His Norwich connections will have not endeared him to too many Town supporters anyway, and his long term sick note has just exacerbated the situation.

He is another one of those McCarthy recruits; who apart from his knack of scoring against the Canaries has in the main, seriously underperformed. He was seen as a long throw specialist and although he could launch it quite a distance, sadly it was rarely to a Town teammate and his defending has left a lot to be desired. He has been itching to leave for some time and on Monday he will get finally his wish!

It could be argued that this winger has had a bit of a raw deal and of course, he was a decent winger when he was plying his trade in the lower leagues. Danny joined Town on a three-and-a-half year deal in January 2017 from National League side Macclesfield Town and ended this season playing sporadically for Lincoln City, who have just been promoted to Division One. On Monday he will discover that he is surplus to requirements, and Lincoln might just be tempted to give him a contract to strengthen their squad.

He started a few games under Paul Hurst at the start of the campaign but because of his residency permit issues, he could only be registered as a loan player. Things have changed since then though, but he was shipped out to Accrington Stanley, where he may be able to pick up a permanent contract, but his days as an Ipswich Town player have ended.

He was loaned out to Lincoln by Paul Lambert and although he has faired quite well out there, our manager knows that he has to strengthen his attacking options next term and he can only do that by off-loading, and Roberts is another player who will hear on Monday that he can leave.

A very serious injury put paid to his efforts to impress under Paul Lambert and although he started his Ipswich career in spectacular style with a rather fortuitous hat-trick against Charlton in an opening day 4–2 home victory in 2016, he has largely baffled to deceive ever since. Some will be sad to see him depart but his contract is nearing its end and Town will not be renewing it. He sadly lacks the guile to accompany his blistering pace.

After being rejected after his first trial at the club during the early stages of the 2016/17 season, and then being similarly rejected by both Rotherham United and Birmingham City, he finally got a contract with Town on the on 16th of January 2017. Although he has played for England’s under 21 sides in the past, he looks far more accomplished going forward than defending, and he tempestuous nature does not help his cause and he too will be packing his bags come Monday.

In his heyday with Derby County, he was good. Very good. But sadly those days appear to have passed him by and at 31 coming on 32 in December, his main asset which is pace is beginning to desert him. He has been knocking on the first team door for some time and has been seen on bench warming duties recently but with Lambert eager to improve his attacking options, Dawkins won’t be here next season.

In addition to this, the loan players will be leaving too and unless Town can impress Will Keane to do an Alan Judge then he too won’t be around for much longer and we could be losing at least one of our goalkeepers as well!