Third Time Lucky For The Blues? 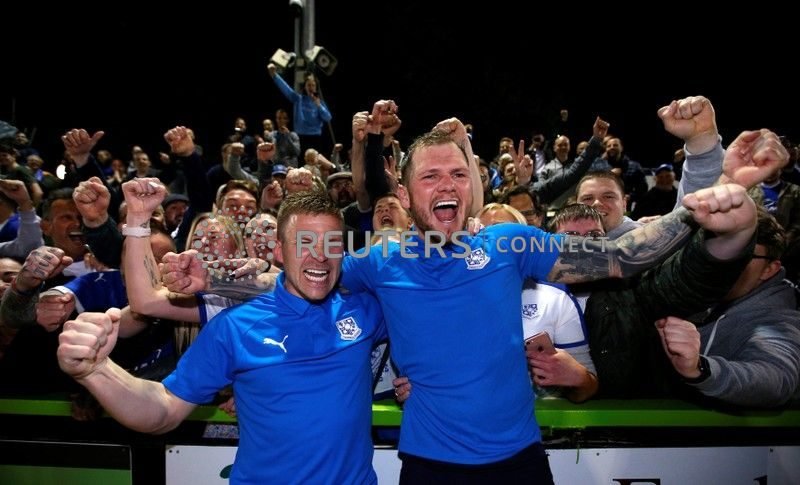 De Ja Vu has become something of a reoccurring theme against Coventry recently but tonight at Portman Road, a decision on our future in the FA Cup has to be made, and with home advantage, and the chance to progress to the third round of the competition, the Tractor Boys will be the favourites to progress.

I don ‘t think we can expect a big crowd this evening – or indeed to see a full-strength team. Manager Paul Lambert will be hoping his side can go through without extra time or those dreaded penalties but this will not dissuade him from including some young guns in the side. I expect Brett McGavin to play again in midfield for example, and I fully expect Tomas Holy to be back in goal but for the rest, it is still a very open debate.

I suspect however that Lambert will have a strong bench – just in case things go pear-shaped and being at home, he may go for Kayden Jackson and James Norwood upfront in a twin striking partnership. It is likely that fit again Will Keane will be on bench-warming duties this evening and he could be joined by Cole Skuse and Toto Nsiala. In midfield, I expect Andre Dozzell and Emyr Huws to play from the start.

The visitors have proved that they have a talented group of players and the Blues must be on their guard for counter-attacks, as they are very quick on the break! Coventry City might have a few injury woes of their own at the moment but they will come into this one knowing they can hold their own and so it is important that we make an immediate impact and get the fans onside.

If we take the lead we must not be tempted to take the foot of the gas or be profligate in front of goal. Far too often recently both these things have happened and it has cost us dearly, so if we go in front it is imperative we look to kill the contest once and for all.