We Must Bring Them Back If We Can 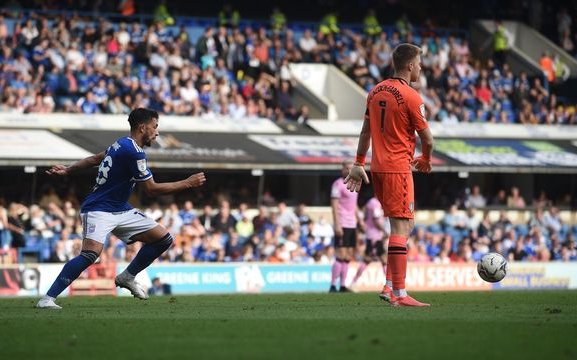 I guess not all of you will agree with me, but I want them back badly. I am not, of course, referring to Domonic Thompson who ran his little socks off without a football brain to go with it, and sadly, Tom Carroll who also failed his audition, but Bersant Celina, Tyreeq Balkinson and Macauley Bonne are players that I genuinely hope return. They all have talent at this level, and I think they are worthy of returning to the fold.

Balkinson was the last of the five players we took on loan, and although he struggled to begin with, as the season progressed then so did he, and the goal he scored against Charlton Athletic in the last match at Portman Road, was the icing on the cake! His lanky style of running does remind me a little of Paul Pogba and he seemed happy here which was not the case at Bristol City. Manager Nigel Pearson has already told him he can leave on a free and Ipswich should take full advantage of this in my view.

We would all love Bersant Celina to return as well, and there is every hope that he will! In many respects, this has become his second home and he is adored by the fans here if Town can sort out a deal with Dijon then we can expect him back shortly. Interestingly, before playing for Ipswich, he made 32 appearances for French side Dijon and did not score. He has made the same amount of appearances for Ipswich and scored six goals so that tells me something! He is a deceptively skilful player.

And there is one other player that I would love to see return and that is Macauley Bonne. Sadly, Kieron McKenna did not see the best of him but at the start of the League One Campaign he scored 11 goals in his first 16 league matches in Ipswich colours and this guy bleeds blue! His season fell away after that of course, but there is no doubting his ability and if he had not been frozen out of the first-team picture by Paul Cook and employed on bench-warming duties by McKenna for long periods, I believe he would have still ended up as our top scorer!  Macauley Bonne will be available for hire, and at a price that is now affordable for Ipswich Town.