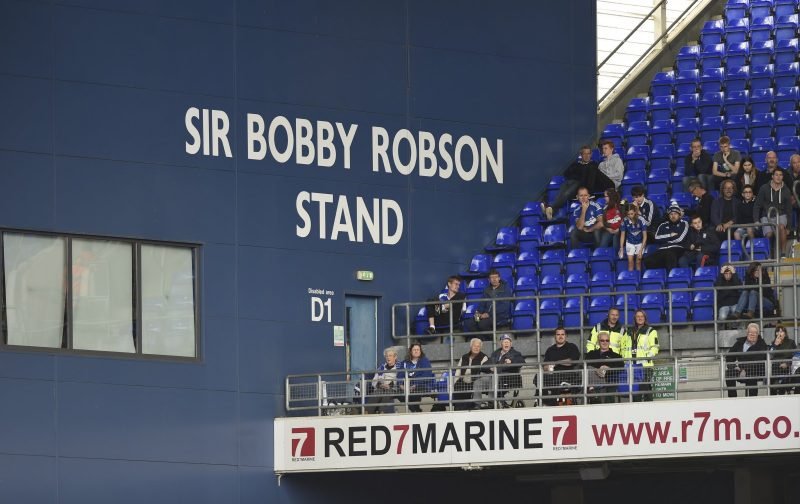 In the last twenty years, we have seen Town go from a top Premier League side to a lowly League One outfit. Like a horse with a broken leg, this suspension has felt like a humane way of putting us out of our agony.  Here is a season by season review of just how painful it has all been.

At the start of a new century, Town were flying high but how things have changed for a club that has such a fabulous history in the world of football since they turned professional in 1936.

2000-2001:  Town were back in the top flight of English football and enjoying their fourth season in the Premier League since its inception in 1992. We ended our promotion in fifth place, which was an outstanding achievement by manager George Burley as we had started the campaign as hot favourites for the drop! Marcus Stewart scored a magnificent 21 goals and we won a staggering 20 Premier League games that season and a place in Europe once more.

2001-2002:  They always say that the second season in the top flight is the most challenging and so it was to prove. Clubs had worked out our strategy and we found ourselves distracted by another European adventure and the rebuilding of Portman Road which meant one goal had no spectators behind it. The Blues were relegated in 18th place having lost 20 games and finishing up with just 36 points.

2002-2003: Town hoped to bounce straight back but once again we had another European distraction. Town had qualified for the Uefa Cup via the fair play league. In the end, we finished seventh – just outside those play-off spots and the financial cost of relegation the previous season saw Ipswich enter administration which meant the sale of Marcus Stewart, Titus Bramble and Darren Ambrose. The 3-0 defeat at Grimsby saw the end of George Burley too. Tony Mowbray took charge briefly before being replaced by former Manchester City boss Joe Royle.

2003-2004: Town, who now were into their second consecutive season in English football’s second tier, finished the campaign in fifth place. Having scored 84 goals but having leaked 72, which was the third-worst defensive record in this division. Town won their first leg playoff against West Ham United thanks to a late Darren bent goal but lost the return 2-0 in London.

2004-2005: Ipswich only missed automatic promotion this season finishing third and once again it was West Ham United who condemned us to another year here as we lost 4-2 in the play-off semi-finals.

2006-2007: On the 5th of June former player Jim Magilton replaced Joe Royle as manager and in his first full season in charge. Town finishes 14th that season and Alan Lee top-scored with 17 goals. The highlight of the season was probably a 3-1 win against Norwich in which Danny Haynes scored twice!

2007-2008: And in ‘Gilts’ third season at the helm our league form improved discernibly. But despite making a strong challenge for promotion during the season, Ipswich failed to make the play-off’s on the last day of the campaign with Crystal Place and Watford surpassing them.

2008-2009: And this was to be Jim Magilton’s last season in charge. Town finishing in ninth place and eight points away from the playoffs. He was sacked in April of 2009 when under new ownership, Roy Keane was installed.

2009-2010: The 2009–10 season was Roy Keane’s first full season as manager of Ipswich Town and it was anything but memorable as the Blues finished in a miserable 15th spot in the division. Top scored that season was Jonathan Walters on eight goals.

2010-2011: This was Town’s ninth consecutive season in this league and once again it was hugely disappointing.  Roy Keane was fired in January 2011 and said that he did not know why he took on the job. ” I have always hated the colour blue.” Former Wigan boss Paul Jewell took over for the remainder of the season.

2012-2012: Ipswich only just avoided their worst league finish for 55 years, ending the season in a miserable 15th position, and becoming the longest continually serving member of The Championship after Coventry City were relegated.

2012-2013: The Blues finished in a disappointing 14th place but it could have been a lot worse. Paul Jewell resigned on the 24th October 2012 with the Blues at the foot of the table on just 7 points. Mick McCarthy took over with an immediate victory away at Birmingham and Town slowly but surely pulled away from the drop zone as the season progressed.

2013-2014: Town finished a very respectable 9th that season thanks in the main to top scorer David McGoldrick who waded in with 14 league goals.

2014-2015: Town sneaked into those play-off places this time under McCarthy but we defeated over two legs to arch-rivals Norwich City. This was the season that Daryl Murphy scored a staggering 27 league goals!

2015-2016: In Mick McCarthy’s third full season as the gaffer times and the Blues just missed out on those play-off places finally finishing seventh. Most supporters believe however that losing top scorer Daryl Murphy and not replacing him was the main reason for failure.

2016-2017: This was a hugely disappointing season for the Blues and supporters were starting to turn on manager Mick McCarthy but perhaps the real cause of Town’s troubles was a lack of investment on players and the club ended the season in 16th place in the league.

2017-2018: Town finished twelfth in the Championship which was an improvement on the previous year but “Mad Mick’ went for the exit door in April of 2018 and was replaced for the rest of the season by insider Bryan Klug.

2018-2019: Paul Hurst was the new man in charge of the Blues and what a complete disaster this turned out to be. Hurst was fired after just three months and a half months in charge and was replaced by Glaswegian Paul Lambert. He could not prevent Town’s sad decline however and the Blues went into the third tier of English football for the first time since the nineteen fifties!

2019-2020: After an excellent start, which saw the Blues top the table at Christmas a series of devastatingly poor results saw Ipswich plummet to 10th in the table, and with only a small hope of a play-off place before the season was suspended, which was perhaps for the best.

2 Replies to “The Sorry Story Of Town’s Sad Demise”