The Return Of Our Prodigal Son 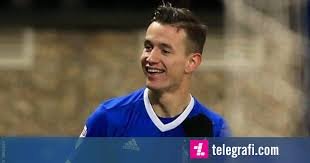 The return of Bersant Celina to Ipswich Town was something that I did not think would happen. Well, at least not until the January transfer window – or not at all. You could say it is the return of the prodigal son, and although it is often the case that the second time around often does not deliver, this player is at the right age, at just 24, to rekindle his form of old and even improve on it!

The last time around in 2017, he played 35 times and scored 7 goals. He started his career at Manchester City but it was a very brief first-team baptism, making his official debut on 9th January 2016, in a FA Cup tie against the Canaries, after coming on as an 85th-minute substitute in their 3–0 away win. That was the only time he actually played for The Citizens in a competitive game, and it lasted for just a few minutes. With the wealth of talent available to Manuel Pellegrini, it was almost inevitable that he would be forced into travelling to pastures new.

He then went out on loan to our old Uefa Cup rivals Twente Enschede in the Netherlands, where he scored 5 times in 27 appearances before moving to Ipswich for the first time. Then in July of 2018, he left the Blues to join Championship club Swansea City for around £3 million and scored 7 goals in 73 matches for the Swans, which was not a good goal per game tally.

The next stop was France on the 9th September 2020, when signed for French Ligue One club Dijon. This turned out to be an unhappy marriage.  He made 33 appearances in all competitions that season without registering a single goal, and the club was relegated after finishing 20th in the table.

Since then he has had the Delta Variant and a heart condition linked to Covid-19. It meant he had to rest up before resuming training about a month ago. He is another season-long loan deal, but I don’t think we need to worry too much about his commitment to the cause. He has been it, seen it and got the T-shirt, and like Macauley Bonne before him, desperately want to make a good impression once more at the club. My only worry is his lack of goals if we examine more closely his recent curriculum vitae. None with Dijon, and just 7 in 73 for Swansea.  Surely he must improve on that!

I’ll end with a word or two from the man himself. “I was really happy to hear Ipswich were interested and it was always very positive to me. Looking at what the club is doing, bringing new players in, and what they’re trying to do for the future is very exciting for me. That’s why I’m here – I want to be a part of it. I had a great time here last time and have a fantastic relationship with the fans. I can’t wait to see them again.” And we all cannot wait to see you, Bersant!